Dr. Birx admitted in an interview that she wishes ‘she’d spoken up more,’ and that Trump presented a “parallel set of data and graphics” that she had never seen before during press conferences. She also revealed that she hardly ever saw or talked to Trump.

And now she tells us that there were ‘COVID’ deniers in the White House.

While Dr. Fauci continued to tell the truth about the virus — much to the dismay of Trump who quickly sidelined him — Dr. Birx continued to parrot the party line. 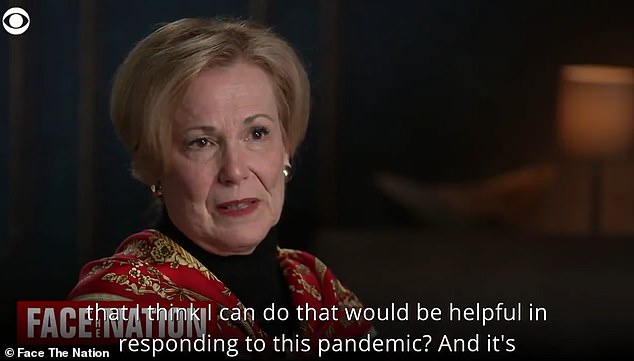 The doctor’s delayed confession has drawn criticism from all quarters.

Dr. Seema Yasmin explained: “It feels like now she’s on a national apology tour, but where was her skepticism… when she was in the administration and had the platform and the position, potentially at least, to be honest with the public?”

Remember, Nancy Pelosi criticized Dr. Birx early on in the pandemic, because she was “too positive” about the US coronavirus response.

And reporter Maggie Haberman spoke out, saying “Lots of reporters tried to talk to Birx while she was there. She was not interested. And when she spoke publicly early on, she appeared in lockstep” with Trump…

After breaking her own Coronavirus safety guidelines to travel to spend Thanksgiving with her (large) family the backlash that followed pushed her to announce her ‘retirement.’

Biden doesn’t need her on his COVID team.