Remember Dr. Sean Conley, Trump’s doctor, who painted such a rosy picture of the President’s health when he was battling COVID? 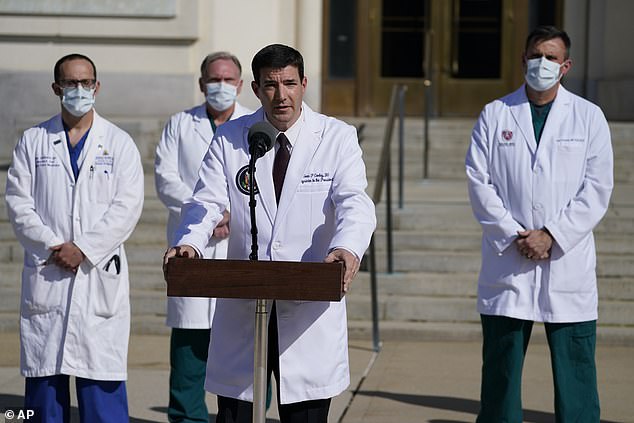 Dr. Conley who lied about Trump’s condition when he had COVID.

He later admitted he wanted to give a more ‘uplifting’ message about Trump’s condition, even though we now know that Trump was on supplemental oxygen and ran a high fever.

‘I didn’t want to give any information that might steer the course of illness in another direction, and in doing so, you know, it came off that we were trying to hide something, which wasn’t necessarily true,’ Dr. Conley said at the time. ‘The fact of the matter is that he’s doing really well.’

Consequently, the public lost trust in Dr. Conley so it’s no surprise that Biden quickly replaced him with his own Doc, Dr. Kevin O’Connor, who has been his private physician for over 20 years.