Directly after the mass shootings in El Paso and Dayton, Ohio, President  Trump said he would push for more background checks for gun owners. Cue the NRA. After just one meeting it appears the President has caved. All calls for legislation for — ‘meaningful background checks’ Trump called it –have completely died. 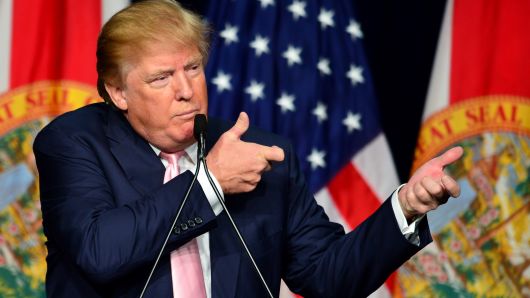 Instead, Trump is spinning it as a mental health issue.

‘I don’t want people to forget that this is a mental health problem,’ he’s said.

At an event/rally, when pressed on the issue, Trump squirmed:

I’m not saying anything,’ he said when asked if he’d support universal background checks.

Trump also said he was ‘very, very concerned with the Second Amendment, more so than most presidents would be. People don’t realize we have very strong background checks right now.’

Of course, this has nothing to do with the fact that the States where he needs votes in the 2020 election are NRA territories.