The first trailer for Thirteen Lives starring Colin Farrell, Joel Edgerton, and Viggo Mortensen is out.

The Ron Howard film is about the Tham Luang cave rescue, where skilled divers tried to rescue the 12 young soccer players and their coach who are trapped. 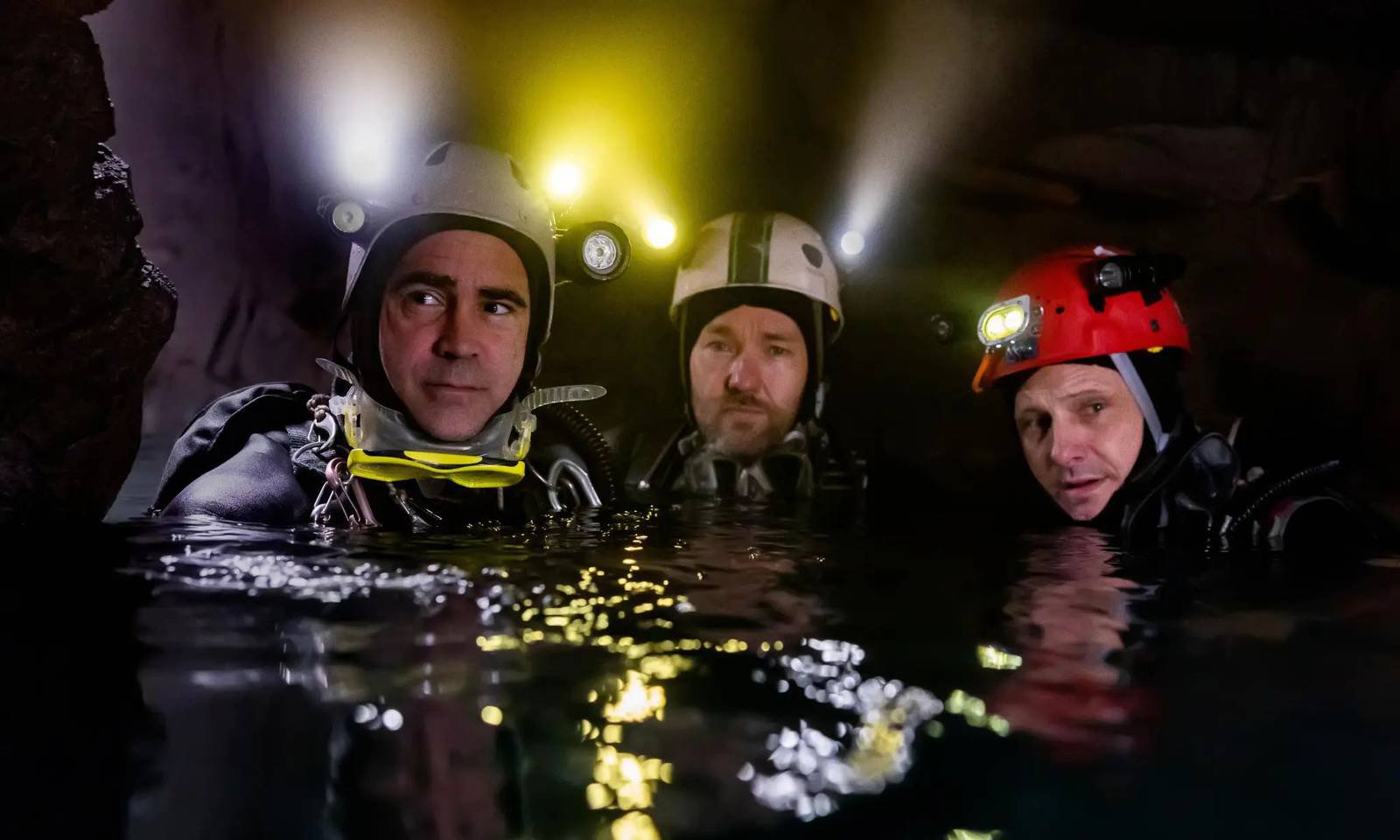 “Terrifying in a word. Terrifying,” Farrell said in a new interview. “It really was. It was scary. I’m not a great swimmer anyway, not that we were swimming, not that we were treading water, we had to stay on the surface, but they built a really impressive network of caves, it was about four or five different caves that were based on the topography of the caves, the Tham Luang caves in Thailand, and they filled them full of water, and we’d go down and there was no up.”

“Thirteen Lives” is now playing in select theaters and will be available to stream on Amazon Prime starting Friday, August 5.