Brian Laundrie killed himself, the autopsy released today revealed. According to the experts, he died of a single gunshot wound to the head.

The Laundrie family attorney Steve Bertolino said in a statement on Tuesday: ‘Chris and Roberta Laundrie have been informed that the cause of death was a gunshot wound to the head and the manner of death was suicide.

Brian was the suspect in girlfriend Gabby Petito’s murder, who was found strangled in the swamp earlier. 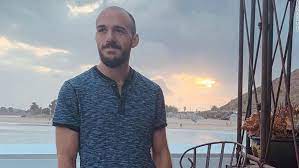