This is something you never want to hear from your government; that they’ve essentially given up trying to fight a deadly virus.

As the U.S. racks up it’s highest seven-day case average, White House chief of staff, Mark Meadows, bluntly said yesterday ‘We are not going to control the pandemic.’ Arguing that the administration was ‘focused on vaccines and treatments,’ Meadows is just continuing the White House’s ineptitude regarding the virus. While other countries issue mask mandates, create a national PPE plan so front-line workers are protected, issue stimulus payments to keep businesses afloat, close their borders and maintain curfews, this administration ‘takes no responsibility for the Chinese virus’ (quoting Trump.) 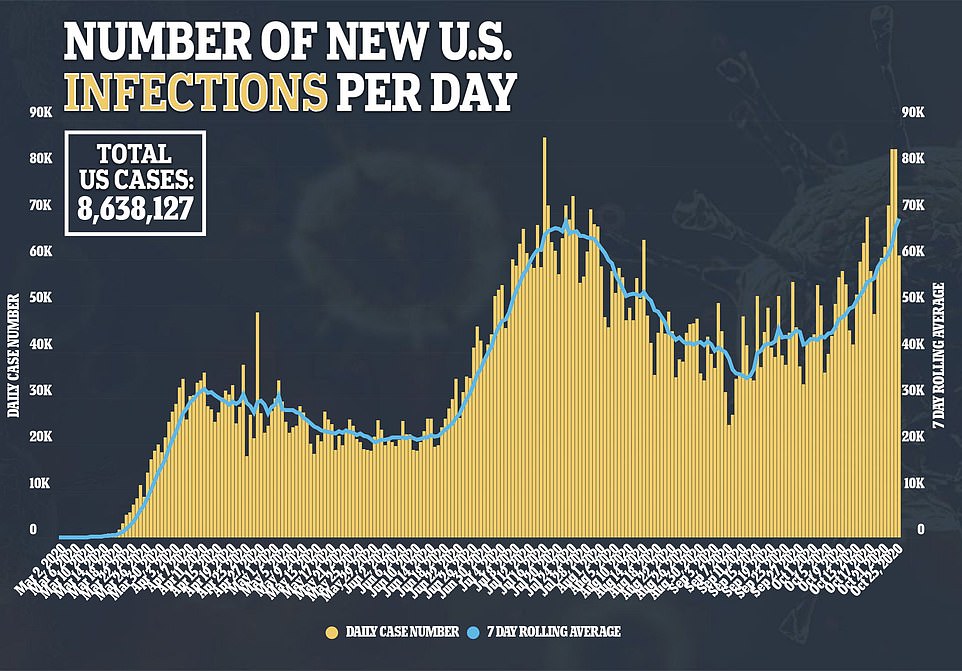 A report released last week by Columbia University estimated that between 130,000 and 210,000 COVID-19 deaths could have been avoided in the US, calling the federal government’s response to the pandemic an ‘enormous failure’.

‘The weight of this enormous failure ultimately falls to the leadership at the White House – and among a number of state governments – which consistently undercut the efforts of top officials at the CDC and HHS,’ the report said, referring to the US Centers for Disease Control and Prevention and the Department of Health and Human Services.