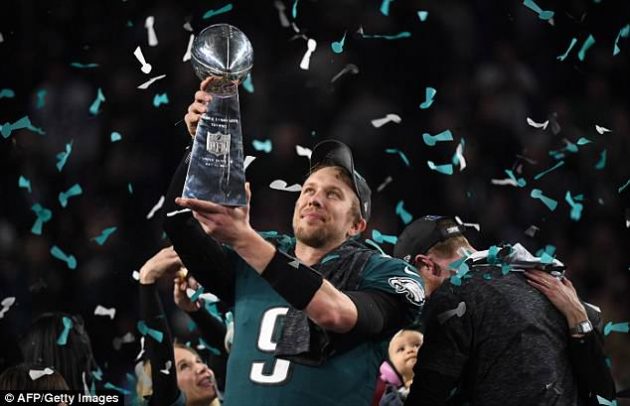 When Trump found out only 10 Eagles players planned on attending a White House celebration that he was throwing as a celebration, he tried to save face by canceling the event and blaming it on the team for not standing during the National Anthem. One problem; EVERY Eagles player stood for the anthem the entire season. 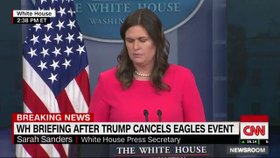 Spokesperson Sarah Sanders blasted the team angrily saying in a press conference,  ‘The vast majority of the Eagles team decided to abandon their fans.’

She went on to say it was because of the Eagles’ players decision to boycott that the White House disinvited the team and changed it to a ‘celebration of America.’

‘Upon learning these facts, the President decided to change the event so that it would be a celebration of the American flag with Eagles fans and performances by United States Marine Band and the United States Army Chorus,’ Sanders said. 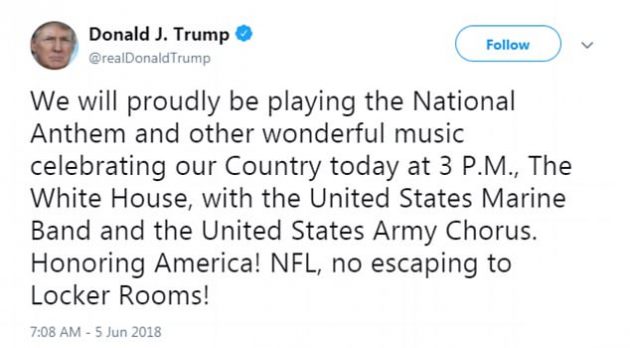