Jim Carrey, who has played Biden this season — with mixed reviews –tweeted earlier Saturday that he would not continue to play the President-Elect.

“Though my term was only meant to be 6 weeks, I was thrilled to be elected as your SNL President… comedy’s highest call of duty,” Carrey wrote. “I would love to go forward knowing that Biden was the victor because I nailed that s***. But I am just one in a long line of proud, fighting SNL Bidens!”

Carrey’s right about that –Biden was first portrayed on “SNL” by Kevin Nealon in 1991 when Biden was a senator. In recent years, he’s been played by Jason Sudeikis, Woody Harrelson, John Mulaney, and now Moffat, who first joined “SNL” in 2016. 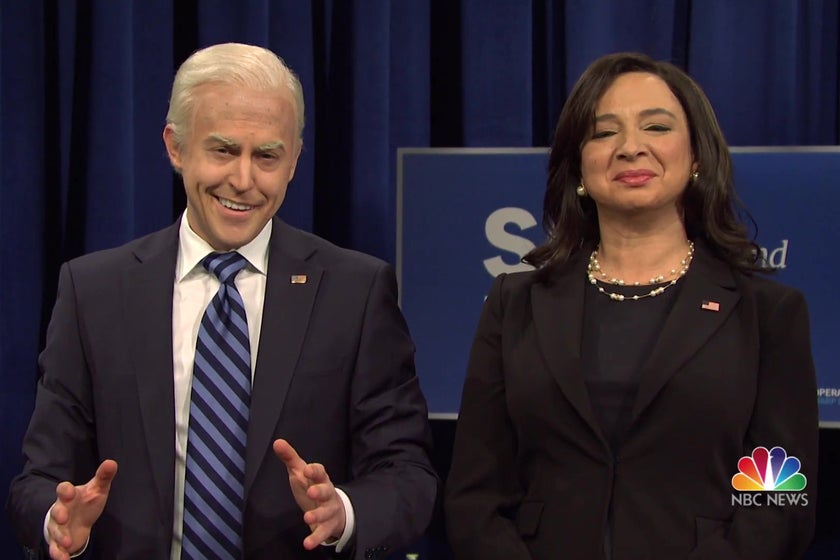 To explain the switch, the Pence character tells ‘Biden’ he looks ‘different.’

“I’m like Col. Sanders,” Biden said. “Every time you see me, I’m a different guy. There’s a good chance that this time next year, I’m gonna be Mario Lopez.”

And here, for  your viewing pleasure, is the skit with Vice President Mike Pence (Beck Bennett) and his wife Karen (Lauren Holt) receiving the COVID-19 vaccine live on national television.