Mayor Bill de Blasio, who has been maligned by President Trump, just announced the city will be painting a big ‘BLACK LIVES MATTER’ smack dab in front of  Trump Tower in midtown Manhattan.

It’s time to do something officially representing this city to recognize the power of the fundamental idea, Black Lives Matter — the idea that so much American history has wrongly renounced but now must be affirmed,’ said de Blasio.

Yes, just like D.C.  Mayor Muriel Bowser who had the street leading to the White House painted with the slogan. 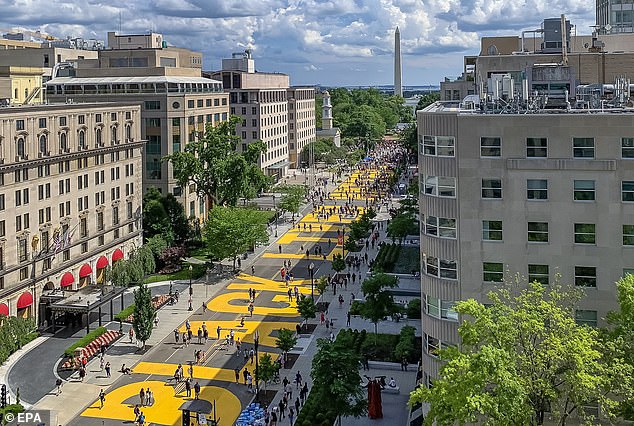 ‘The president is a disgrace to the values we cherish in New York City,’ added spokesperson Julia Arredondo.