A college student in Nevada was arrested after another student reported seeing a rifle in the back of his car on campus. Campus police found a rifle and about 2,000 rounds of ammunition and quickly arrested Shayn Striegel, 27 on the Henderson School campus near Las Vegas. 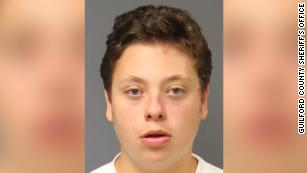 Striegel told officers that he’d forgotten he had the rifle in the vehicle, the statement said. Because who doesn’t have a rifle and enough ammo to take down an army in their car?
Since the horrific mass shootings this month in El Paso, Texas, and Dayton, Ohio, the FBI reports possible threats have been coming in at record numbers to their tip lines tips. One of those tips resulted in the arrest of another student, this time in North Carolina after authorities found two guns in his dorm room and he reportedly told friends he planned to carry out a shooting.