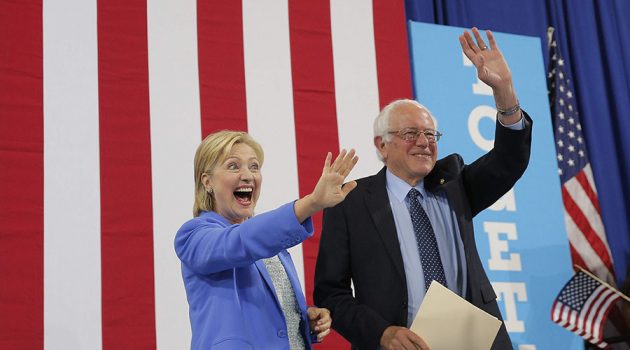 “Secretary Clinton has won the Democratic nominating process and I congratulate her for that. She will be the democratic nominee for the president and I intend to do everything i can to make certain she will be the next president of the United States,” he said joining Clinton in Portsmouth, New Hampshire.

For her part, Clinton said she was happy to have the support of her former rival at the event.

“I can’t help but reflect how much more enjoyable this election is going to be now that we are on the same side, because you know what we are stronger together,” she declared.