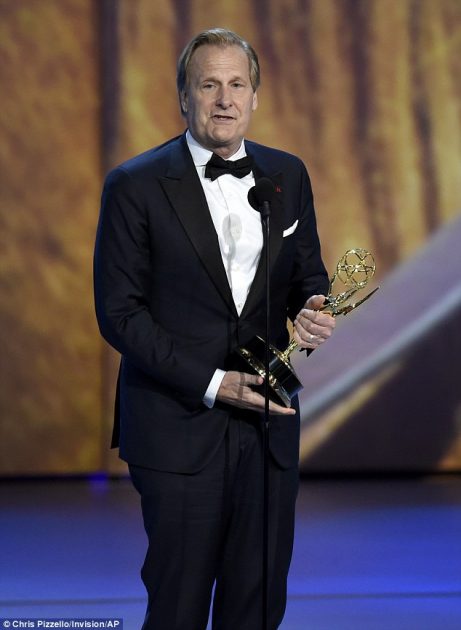 Winners of an Emmy thank all sorts of people, but when was the last time one thanked a horse?

Leave that to Jeff Daniels, who took home the Emmy for Outstanding Supporting Actor in a Limited Series or Movie for his role as outlaw Frank Griffin in the western drama Godless at the 70th annual Emmy’s ceremony Monday night. (This is Daniels’ second Emmy win out of five nominations. He won for ‘Newsroom’ in 2015.)

In his witty acceptance speech, the actor thanked everyone from his ride instructor, to his driver and horse wrangler, to his horse Apollo.

‘Little tip for you young actors: When they call and ask if you can ride a horse, don’t lie,’ he joked.

‘He was Jeff Bridges’s horse on True Grit and I felt he was making unfair comparisons,’ he joked again much to the delight of the audience.

If you haven’t seen ‘Newsroom,’ The Aaron Sorkin drama, now would be a good time to queue it up on your computer. 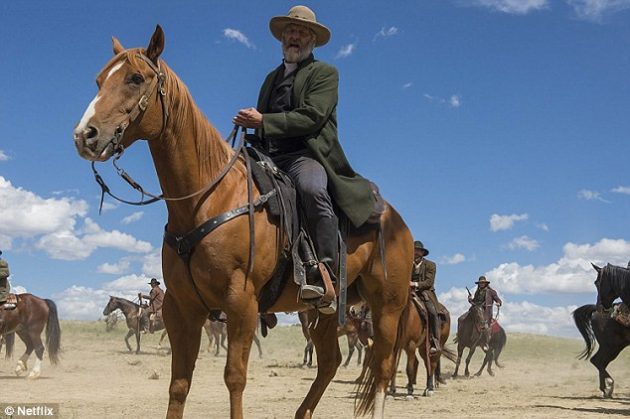