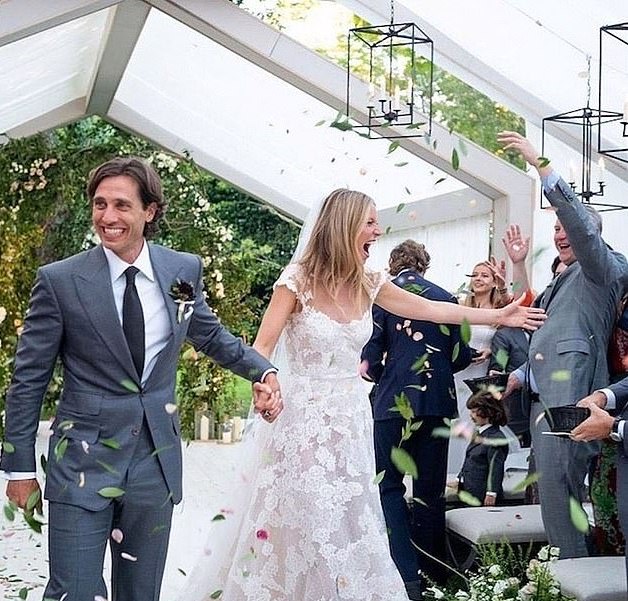 In her GOOP magazine, the actress shared some lovely photos and we get our first real look at her couture Valentino lace gown. She wore the lacey number for the wedding ceremony and then changed into a dress by her friend Stella McCartney for the reception. 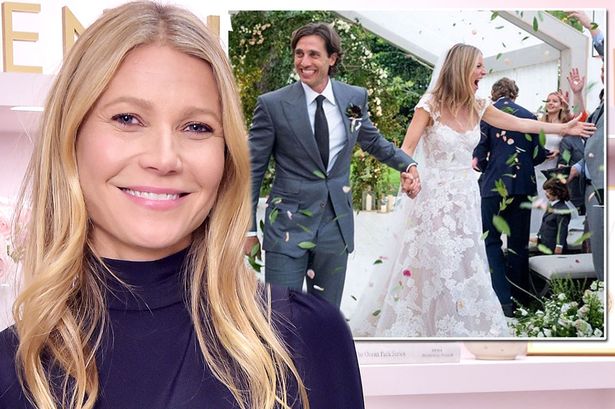 As you remember, in September the actress and entrepreneur married TV producer Brad Falchuk at her mansion in the Hamptons on Long Island, New York, with a glittering guest list that included such luminaries as Robert Downey Jr, Jerry Seinfeld, Steven Spielberg, and Cameron Diaz.

The Goop issue, with Paltrow on the cover, will hit newsstands November 27.