A Royal announcement sent shockwaves around the world, eclipsing new stories about a threatened war with Iran and the devastating wildfires in Australia.

Harry and Meghan (as in the Royal family) announced that they are ‘standing down as senior royals’ and will be splitting their time between the UK and North America.

Predictably, the snippy English press was outraged and some scribes suggested they should be stripped of their royal titles. And it wasn’t just the English press — European papers called the decision a ‘divorce’ and an ‘abdication’ writing the Queen was blindsided by the decision.

Even the U.S press who are enamored of the Royal couple poked fun at the decision, such as the New York Post who depicted Harry and Megan as ‘commoners.’ 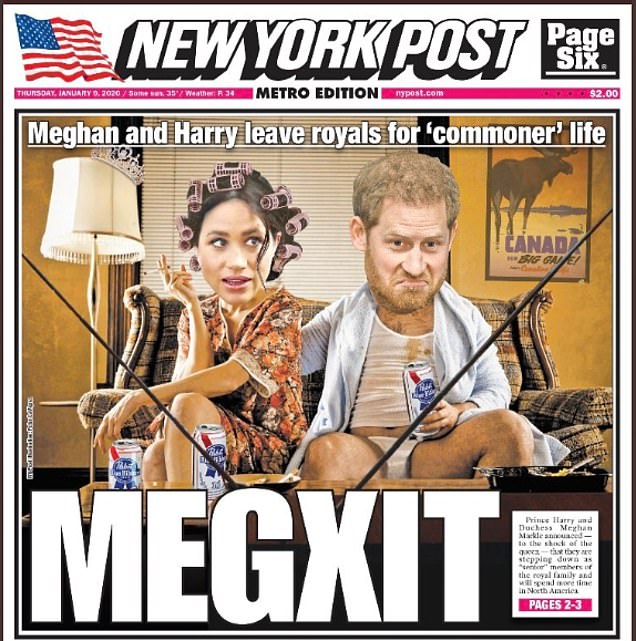 Canadians, who figure that by ‘North America’ the Royal couple mean Canada were overjoyed at the news :

‘The news of the couple’s plans to split their time between North America and the UK was met with – for the most part – general excitement by Canadians, who have been flocking to Twitter to welcome the Sussexes with open arms.’