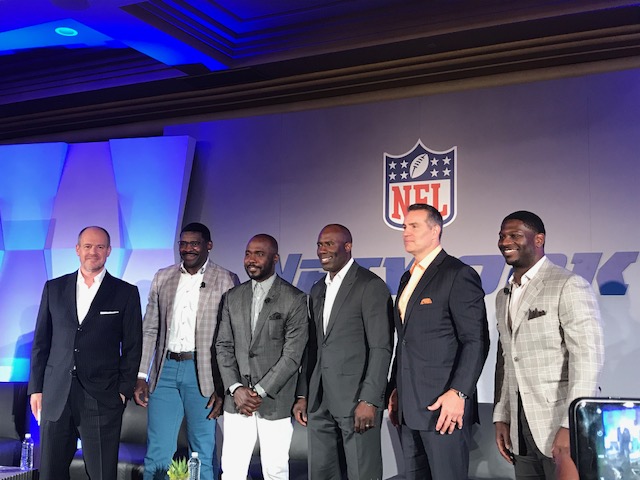 Admittedly, we don’t know much about football so when we were drafted to cover the NFL celebration for their newly inducted Hall of Famers Kurt Warner, Terrell Davis and LaDainian Tomlinsonalong with fellow NFL Network analysts and Hall of Famers Michael Irvin and Marshall Faulk, we brought along our own ringer, a sports fan who has watched these guys for years.

The aforementioned G.O.A.T.S (which stands for ‘Greatest Of All Time,’ we learned) kidded and joshed each other on the panel as NFL network host Rich Eisen quizzed them about the new season and the big question – who did they think was going to the Superbowl this year? While none of the dapper former players wanted to venture a prediction yet it was clear where their loyalties lay.

Outside, beside the flashy NFL Air Stream media truck, our reporter, Kristie, got an exuberant Michael Irvin talking by telling him he was ‘the best dressed on the panel.’ When she asked what he would say to inspire young football players, he spoke intensely into the camera:

‘I’d tell them what I told my own son. It’s not just about your physical capabilities. If you want to play in the NFL the two things you must have — you must OUTWORK everybody and be as HUNGRY as anybody. Those are the key components. How hungry are you? And how hard will you work?

Come to think of it, that’s not a bad life motto. 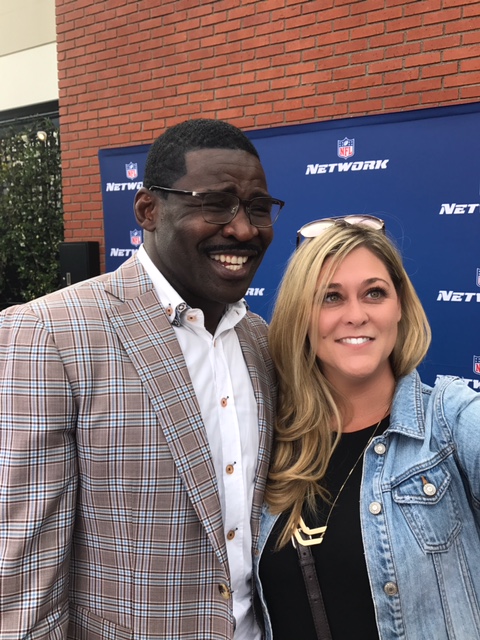