Thank Trump for the fact that some of America’s largest companies — 55 in fact — paid NO federal taxes last year despite making billions in revenue. In 2017 Trump quietly gave corporations a tax break of 35% to 21% while hammering the middle class.

For instance, 26  companies, including behemoth FedEx and Nike, used Trump’s tax cuts to pay no Federal tax while the average American saw their taxes rise. 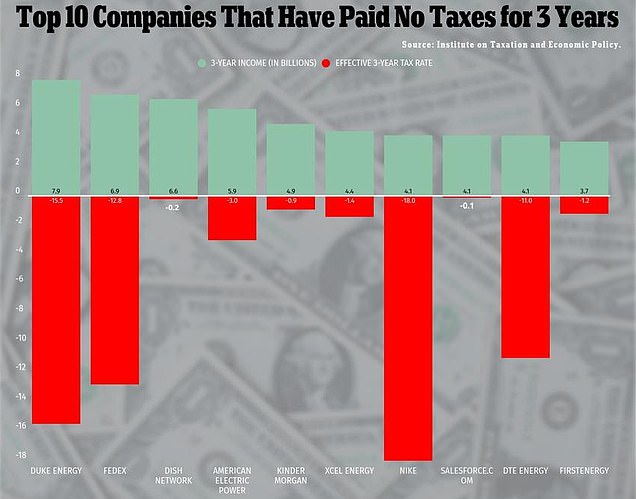 Close the loopholes and that is what will pay for Biden’s ambitious 2 Trillion dollar infrastructure.