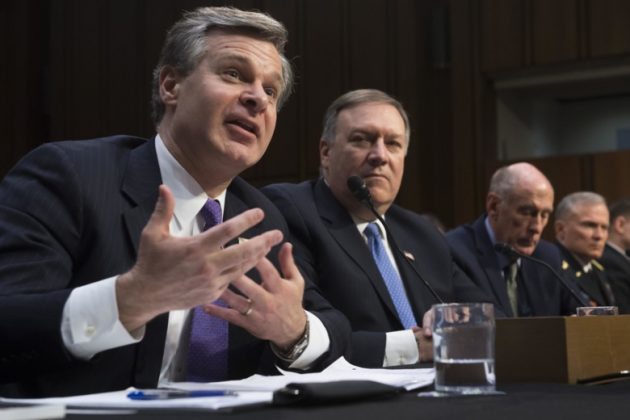 Since the Rob Porter scandal broke, the White House has steadfastly claimed that the FBI security clearance process was “ongoing,” implying that the FBI had not concluded its report on Porter.

And now the FBI Director Christopher Wray confirmed in Senate testimony on Tuesday that contrary to what the White House claims:“We administratively closed [Porter’s] file in January,” Wray said during a hearing before the Senate Intelligence Committee. “Earlier this month we received some additional information and we passed that on as well.”

Even though Porter resigned last week after his ex-wives allegations of domestic assault, this shows no sign of going away. Hopefully, Chief of Staff John F. Kelly  will be the next staffer to be shown the door.