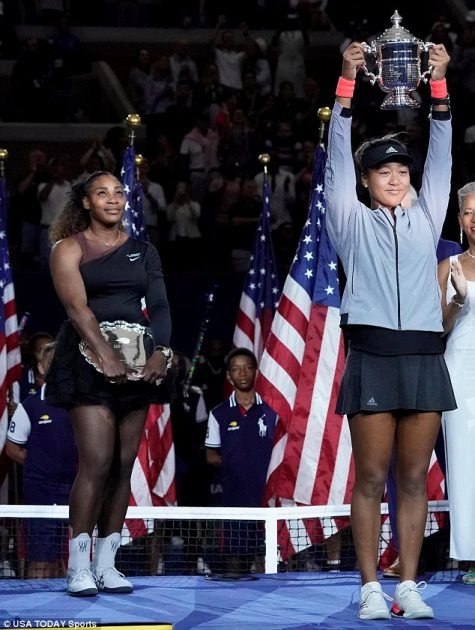 It a surprise win, Naomi Osaka becomes the first Japanese player to win a Grand Slam after she defeated Serena Williams 6-2, 6-4 in the final of the 2018 US Open. But that’s not what everyone is talking about today. In a controversial argument with the umpire, Carlos Ramos, Williams fought back against the three violations he levied against her.

First, Ramos gave her a coaching violation in the second set. Williams angrily fought back, insisting she was not receiving coaching and that she would “rather lose” than cheat. In the video, you can see that she doesn’t even see her couch making a gesture with his hands to urge her to play closer to the net.

Maintaining that she deserved an apology, the match continued but when she called the ump ‘ a thief’ for taking a point away from her, Ramos hit back with another code violation. The game screeched to a halt while senior officials were brought out on the court.

“You will never, ever, ever be on another court of mine as long as you live. You are the liar. When are you going to give me my apology? You owe me an apology. Say it. Say you’re sorry…And you stole a point from me. You’re a thief, too!” Williams yelled at Ramos. 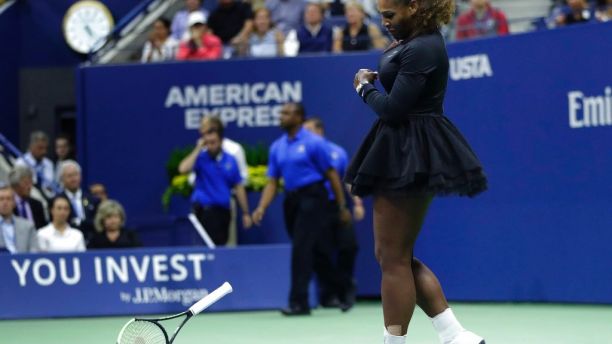 Crowds booed the umpire but he held his ground. A visibly upset Serena finished the match, handing a win to her talented opponent.

Now the controversy stems from Serena’s claim that Ramos was sexist in the way he called the game. Men have done ‘much worse’ as the tennis superstar pointed out.

Supporting Serena, USTA president, Katrina Adams claimed in an interview that there are “double standards” of how certain umpires treat men and women players. Let’s hope this leads to some changes in the tennis world. 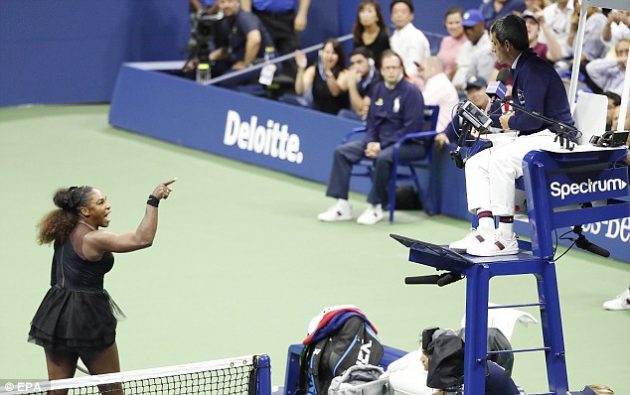 Williams came to blows with umpire Carlos Ramos after he gave her a coaching violation in the second set. It was the first of three violations she would receive by the end of the final and overshadowed the match. Williams maintains that Ramos was sexist in his handling of the game