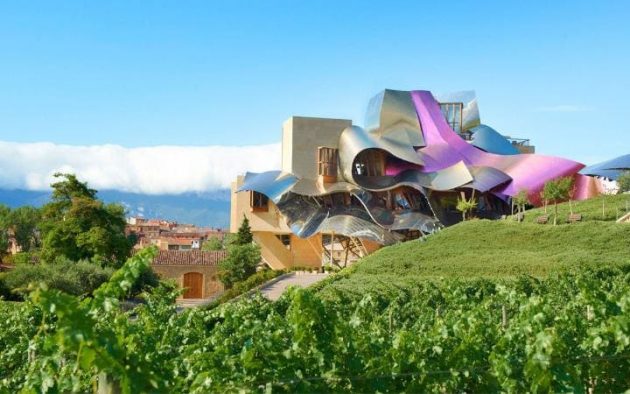 Did you know architect Frank Gehry created a hotel in Spain’s Rioja wine-growing region? Like a smaller version of Bilbao, the striking structure features those same huge titanium ‘ribbons’ and stands as his only hotel project. An-hour-and-a-half drive from the Bilbao airport, it’s smack in the middle of the biggest-name Rioja wine bodegas. In fact, a guided tour of the bodega, built in 1858, is included in the price of a room. 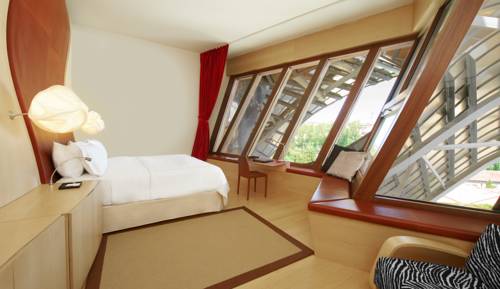 Inside is just as handsome, with curved maple wood walls, leather furniture, and marble bathrooms. The 43 room hotel has spectacular views and even fits in a spa (offering a range of grape-based treatments, naturally.) At the top of the hotel there is a rooftop library-lounge and a wine bar. 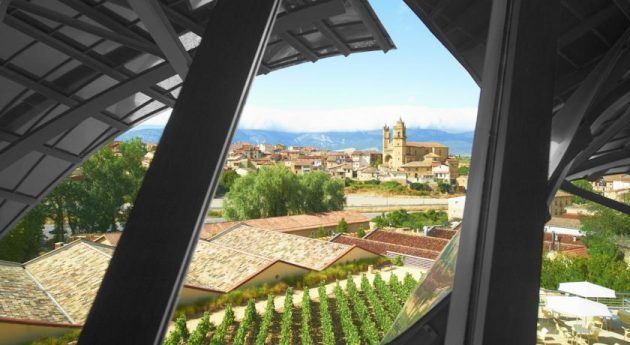 There are two restaurants — the  Marqués de Riscal Restaurant which serves dishes from Northern Spain, while the 1860 Tradición Restaurant offers traditional Spanish cuisine with a ‘modern twist’ and using local produce. Breakfast is in included. Figure $500 a night but book well ahead.