On Tuesday’s ‘The Late Show with Stephen Colbert’ actor John Lithgow broke out his Rudy Giuliani impersonation…and you have to see it. 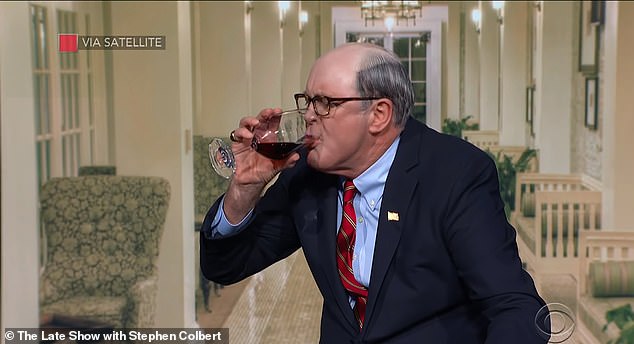 ‘Mr. Mayor,’ asks Colbert, ‘how do you respond to critics who say you were traveling the world pushing debunked conspiracies as part of a scheme to help the president’s re-election?’ 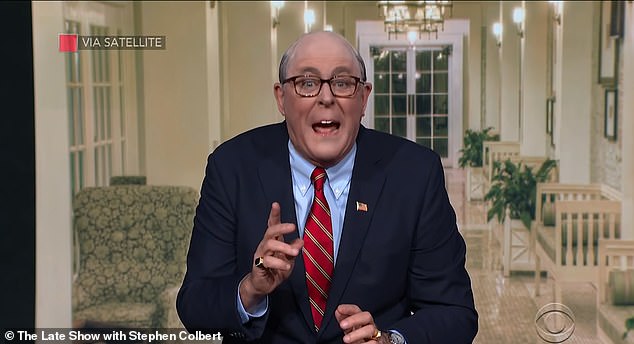 Giuliani sputters and knocks back more wine before answering:

‘That’s ridiculous Stephen! I was simply bringing the American people the truth about the Bidens,’ he said.

‘And that’s not all. I now have reason to believe that the 2016 election was not hacked by the Russians. It was hacked by Hunter Biden, who is actually a “Men in Black” style alien being operated by a tiny Hillary Clinton in his neck.’