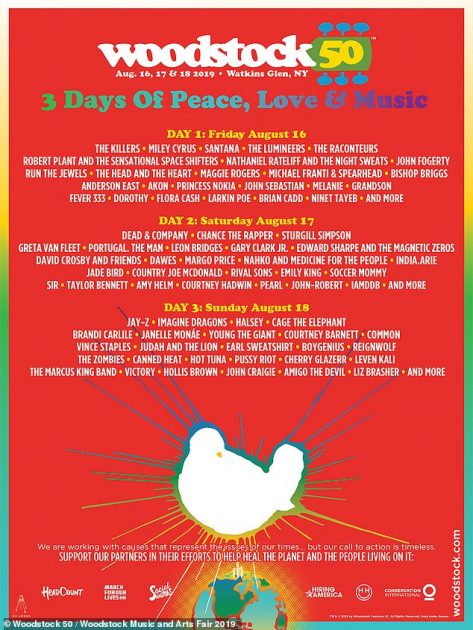 In a surprise announcement, the organizers funding the Woodstock 50th Anniversary festival which was to star Jay Z, Imagine Dragons, The Killers, Miley Cyrus, Halsey and many more, said the iconic music event was canceled due to permitting issues and ‘site readiness.’

The concert was scheduled for August 10 through the 18th, and had already signed up major artists including some legends from the original 1969 Woodstock: John Fogerty, John Sebastian, David Crosby, Canned Heat and Country Joe McDonald.

‘We don’t believe the production of the festival can be executed as an event worthy of the Woodstock Brand name,’ said officials with Dentsu Aegis Network, which is funding the festival. 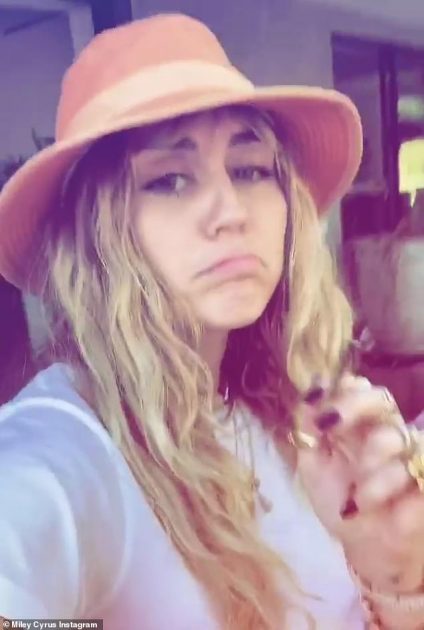