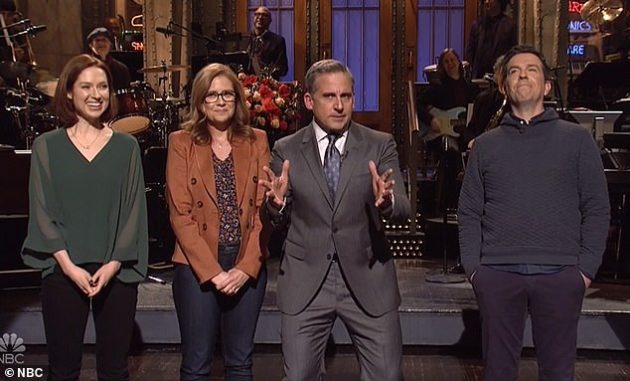 It’s been 10 years since Steve Carrell has hosted Saturday Night Live –he’s been a little busy — and the joke was on him last Saturday as former cast mates popped up in the crowd to ask him to re-boot ‘The Office.’

Ellie Kemper, Ed Helms, Jenna Fischer, and his wife Nancy (who played Carol on the NBC sitcom) all called for their former ‘boss’ to reboot The Office.

What was his answer? Watch to see: