As Season three of the hit NETFLIX show The Crown kicks off, praise for Olivia Coleman as Queen Elizabeth II has come rolling in.

Perfectly cast as the Royal, Coleman recently sat down with her co-star Helena Bonham Carter — who is also stellar — to talk about getting into character. Carter called Coleman’s transformation a ‘magical’ experience because it felt like ‘the Queen is in the room.’ 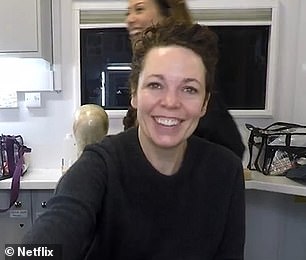 Peter Morgan, the show’s writer and creator, gushingly said of the lead actress: ‘There’s a relatability and a humility, and a bit like the Queen she doesn’t overthink it, she just turns up and does it.’ 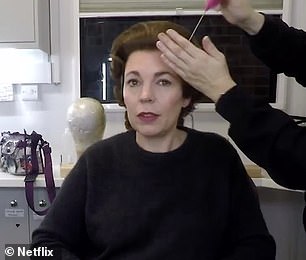 Also appearing in the series are Tobias Menzies as Prince Phillip, Helena as Princess Margaret, Josh O’Connor as Prince Charles, and Ben Daniels as Anthony Armstrong Jones, the Earl of Snowdon.