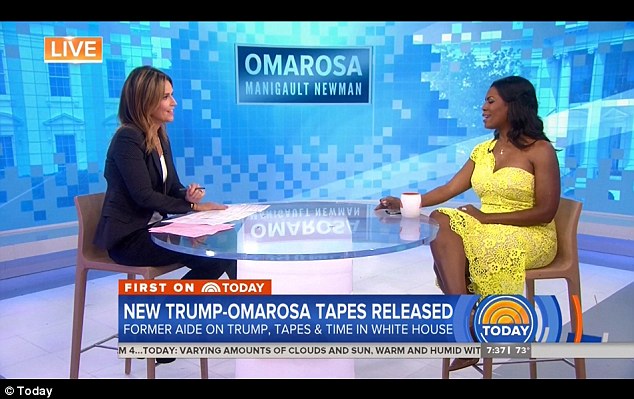 As Omarosa Manigault Newman continues her media push for her controversial White House memoir, ‘Unhinged ‘Trump and the White House went on the attack.

Writing that Omarosa was a ‘low life’ and ‘wacky,” Trump tweeted madly most of the weekend. 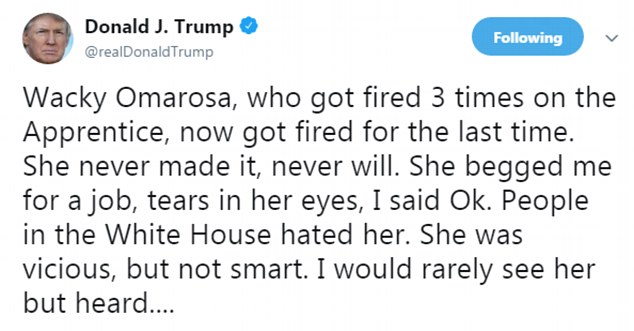 In other startling news, the former White House aide claimed on “Meet the Press” that she recorded White House Chief of staff John Kelly firing her — in the situation room. That is supposed to be one of the most secure rooms in the world. CNN security analyst Juliette Kayyem said on air that this is a ‘huge violation of strict internal procedures and highlights the flouting of safety and security protocols in the Trump White House.

Interestingly, Omarosa also played a tape of Trump denying he knew she was fired and lamenting the move: 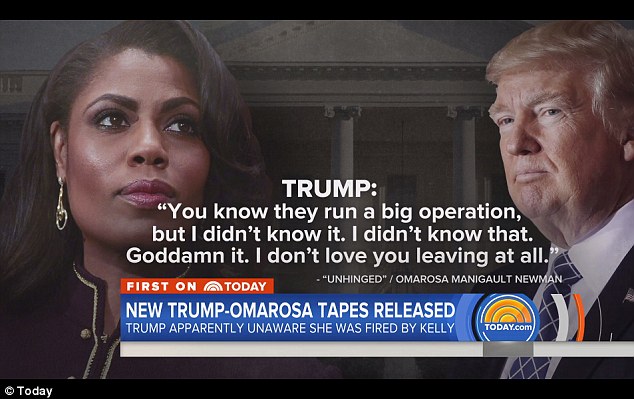 Manigault Newman said Monday that ‘Donald Trump has no clue what’s going on,’ concluding that he’s not ‘fit’ to hold office.