Once again, Trump is boasting that he won the Nobel Prize in what is basically a campaign video (for an election he lost.)

In the video, he superimposes a photoshopped Nobel Peace Prize, as if he won the coveted medal.

Not only did he NOT win anything, but he also used the wrong medal. Cue the laugh track. 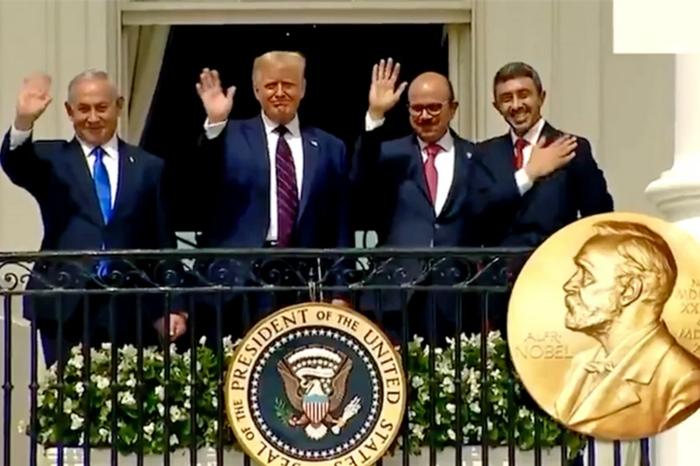