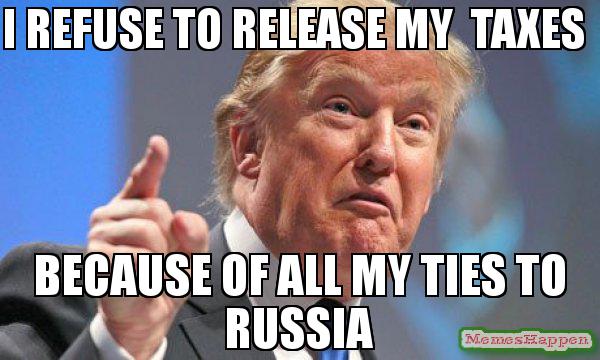 Does he or doesn’t he?

As speculation builds that the President has refused to release his tax returns because they will show either income from Russian sources, or worse, that he has a debt to Russians, the call to make Trump show his tax returns has reached fever pitch.

Meanwhile, his lawyers the only Russian connection is the $95 million paid by a Russian billionaire for a Trump-owned estate in Florida and $12.2 million in payments in connection with holding the Miss Universe pageant in Moscow in 2013.

Who do we believe?