It would be unbelievable, except we’re talking about President Trump, who yesterday looked to the heavens and called himself the ‘chosen one’ since he had ‘taken on China.’

As if that weren’t enough, he joked with vets that he wanted to ‘give himself the Medal of Honor’ — this from a man who never served. And he wasn’t done yet.

He tweeted that Israeli Jews consider him the ‘second coming’ and the ‘King of Israel.’

In response, the web lit up with calls to invoke the 25 amendment — that’s where a majority of cabinet members can vote to remove a president if he is considered ‘unfit’ for office. 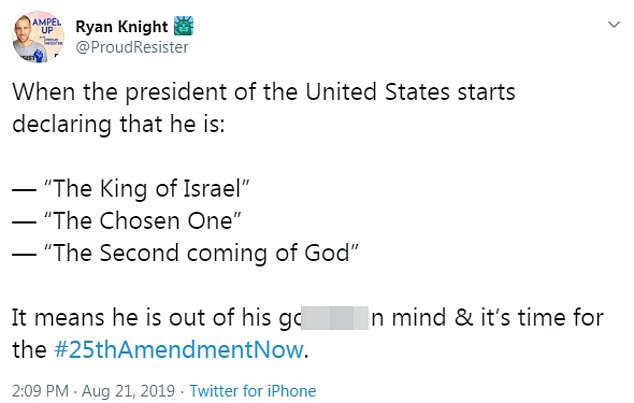 Feel free to join in!