Actor Russell Crowe is in Rome to film ‘The Pope’s Exorcist’ and decided to tour the  Vatican while he was there.

Despite photography being forbidden inside the Sistine Chapel (to prevent camera flashes from damaging the artwork) Crowe posted multiple photos to his social media pages. 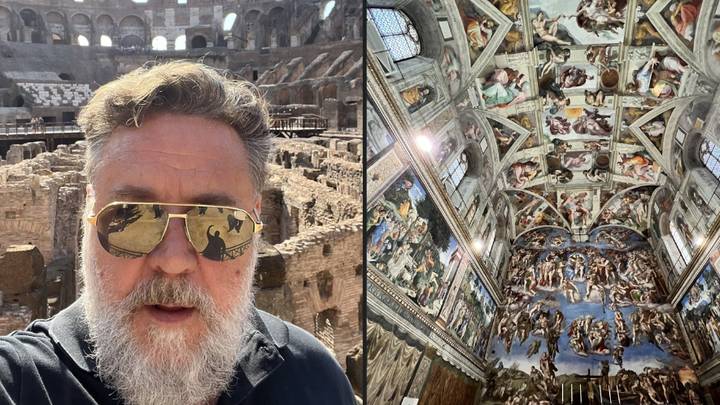 Several Twitter took the Australian star to task, asking how he managed to get away with taking photos inside the chapel.

One wrote: ‘No photos allowed though,’ while another said: ‘You can take photos where the rest of us mere mortals aren’t allowed.’