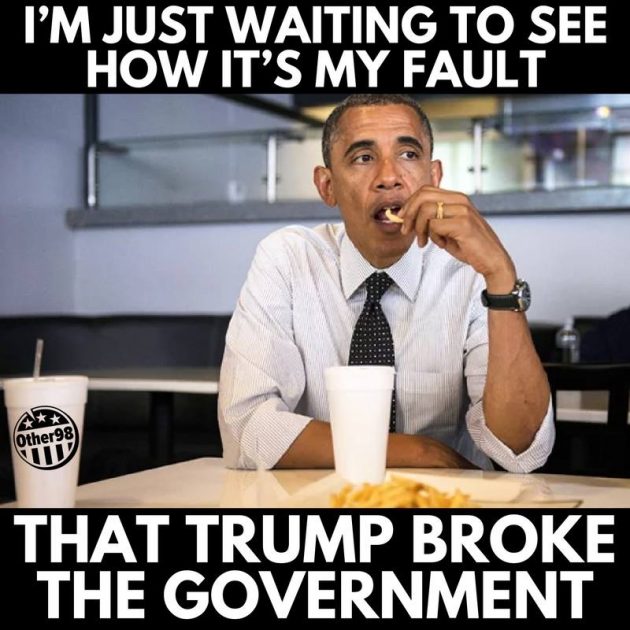 On Tuesday President Trump Tweeted that Obama is to blame for everything, including the Russian election meddling.

“I have been much tougher on Russia than Obama, just look at the facts. Total Fake News!” Trump Tweeted.

The Tweeter in Chief went on to rage: “Obama was President up to, and beyond, the 2016 Election. So why didn’t he do something about Russian meddling?”

President Donald Trump suggested Tuesday that Democrats ‘only became concerned about allegations of Russian interference into the 2016 election after his upset victory. ‘