Instead of condemning Al Baldasaro, a former Marine, who says Hillary should be shot for ‘treason’, Trump praised the man at a rally in New Hampshire.

It started when Baldasaro went on the radio in 2016 and accused then-Secretary of State Hillary Clinton of ‘betraying her country’ in the 2012 terror attacks in Benghazi Libya.

‘This whole thing disgusts me,’ he said. ‘Hillary Clinton should be put in the firing line and shot for treason.’

‘Hillary Clinton to me is the Jane Fonda of Vietnam. She is a disgrace for the lies that she told those mothers about their children that got killed over there in Benghazi. She dropped the ball on over 400 emails requesting back up security. Something’s wrong there.’ 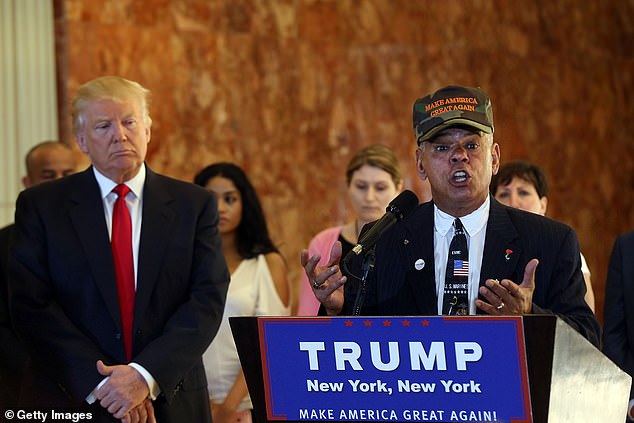 Baldasaro maintains that Hillary is responsible for the US ambassador and three other Americans who were killed in Benghazi Libya when militants attacked a diplomatic compound in September 2012 because she hadn’t supplied the compound with additional security.

Meanwhile, the FBI is investigating Baldarsaro comments as a threat against the former Secretary of State.