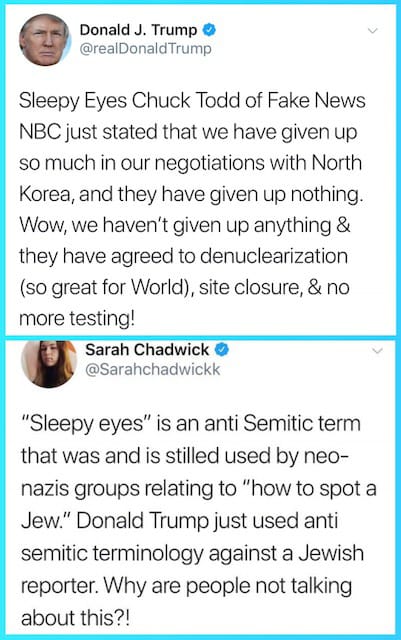 After Trump called Chuck Todd of Meet The Press ‘sleepy eyes’ and his show ‘fake news’ Todd fired back :

“Don’t miss @MeetThePress tomorrow! I know folks may be tired in the morning due to springing forward, so set those clocks and DVRs now before your eyes get too sleepy,” he tweeted.

We’re calling it a win for Todd.

It’s like listening to a child trying to bully everyone around him.