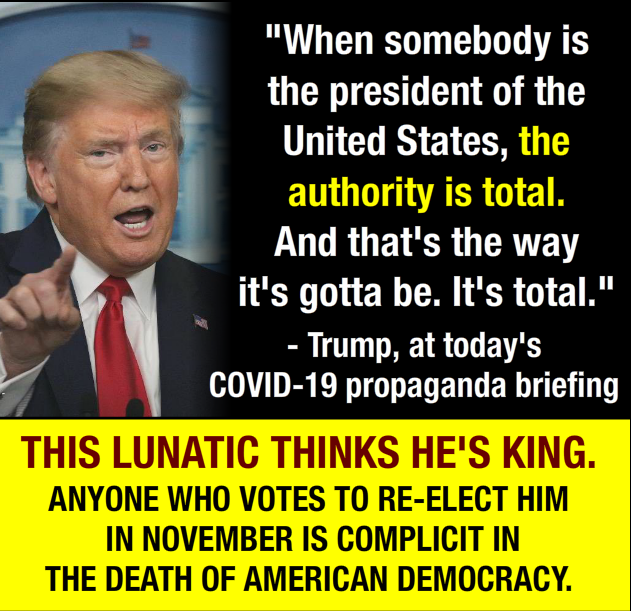 We give you the Cliff Notes on Trump’s daily press briefings so you don’t have to watch. (See above.)

Then, this morning, the irate President tweeted that only he, the President, can decide when to re-open the country, and called any governor who resisted his ‘total authority’ a mutineer.

The President then threatened to withhold coronavirus aid to States that didn’t abide by his absolute rulings.

Cue Governor Andrew Cuomo who called Trump a  ‘schizophrenic’ for claiming he has ‘total authority’ over the states to reopen the United States.

‘It makes no sense. It is schizophrenic,’ Cuomo told CNN. 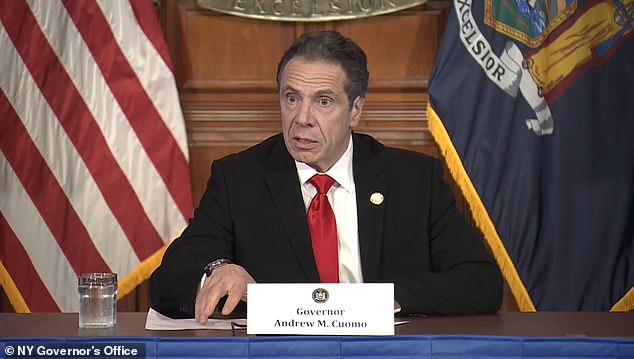 As Cuomo pointed out, as did many in the media, the constitution does not support Trump’s claims,

But he later added that he wouldn’t fight with Trump:

‘The president will have no fight with me. I will not engage,’ Cuomo said

New York governor said he would refuse an order from Trump to reopen his state and said he would take the matter to the courts to decide.

‘We would have a constitutional challenge between the state and the federal government and that would go into the courts,’ Cuomo said. 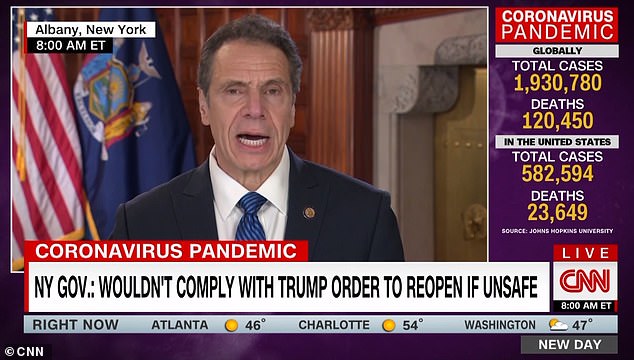 He warned Trump could create a ‘constitutional crisis’

‘The only way this situation gets worse is if the president creates a constitutional crisis,’ Cuomo said on MSNBC’s ‘Morning Joe.’