What makes this so remarkable is that this is a ‘recycled’ rocket booster and spacecraft —– The Crew Dragon capsule, named “Endeavour,” previously carried NASA’s Robert Behnken and Douglas Hurley to the space station in May 2020.

While they have reused hardware for missions, this is the first time a crewed mission is venturing in one.

If everything goes according to plan, they’ll dock at the International Space Station to spend six months in space. 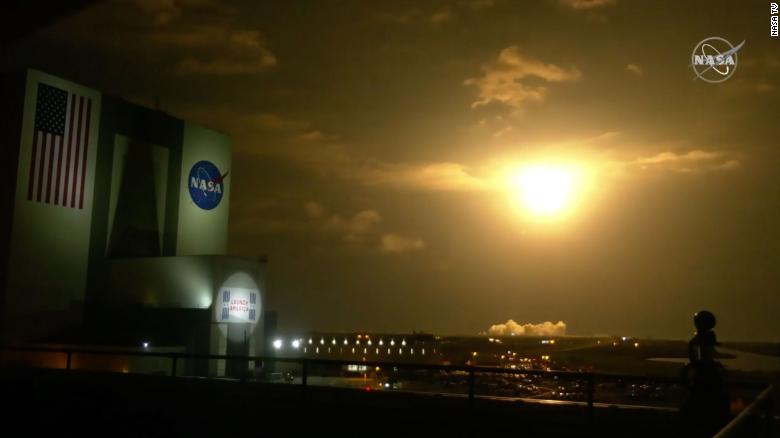