Since opening its first, sleek Philippe Starck-designed restaurant in the Brentwood neighborhood of Los Angeles in 2006, Katsuya has been the go-to spot for sushi and fine Japanese cuisine by celebrities, foodies, tourists, and everyone in between. Over the past 15-plus years, the SBE-owned eaterie has opened outposts in other SoCal neighborhoods, the Bahamas, and Miami. However, New Yorkers were forced to hop on a plane if they craved a piece of Master Sushi Chef Katsuya Uechi’s trademark dishes – like Crispy Rice with Spicy Tuna and Baked Crab Rolls – up until now. 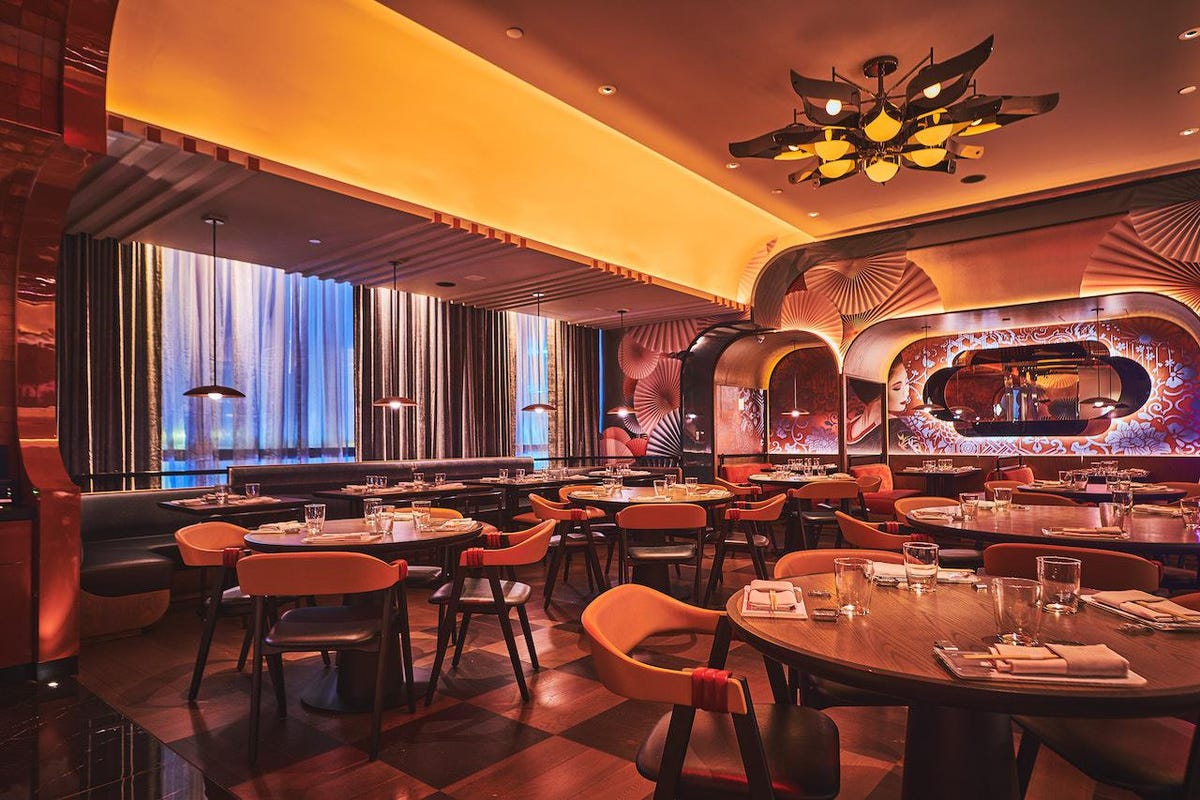 Unlike the other Katsuya restaurants, the New York location is part of Citizens Manhattan West culinary market, an upscale collection of restaurants created by the SBE group. It is also located in the same complex as Whole Foods and Peloton Studios New York, The Pendry hotel, and 67 stories of office space.

On a recent jaunt to NYC, I was invited to check out the latest addition to the Katsuya family, and I happily obliged. A little background: A Los Angeles native, I first discovered the divine delicacies that are known as Katsuya’s Crispy Rice with Spicy Tuna and melt-in-your-mouth Baked Crab Hand Rolls in the early aughts when their first Brentwood location opened. Every time I dined at any of their locations, those were the first two dishes on my order. Ever since I moved out east in 2013 I have yet to find a version of either that comes anywhere close to them. 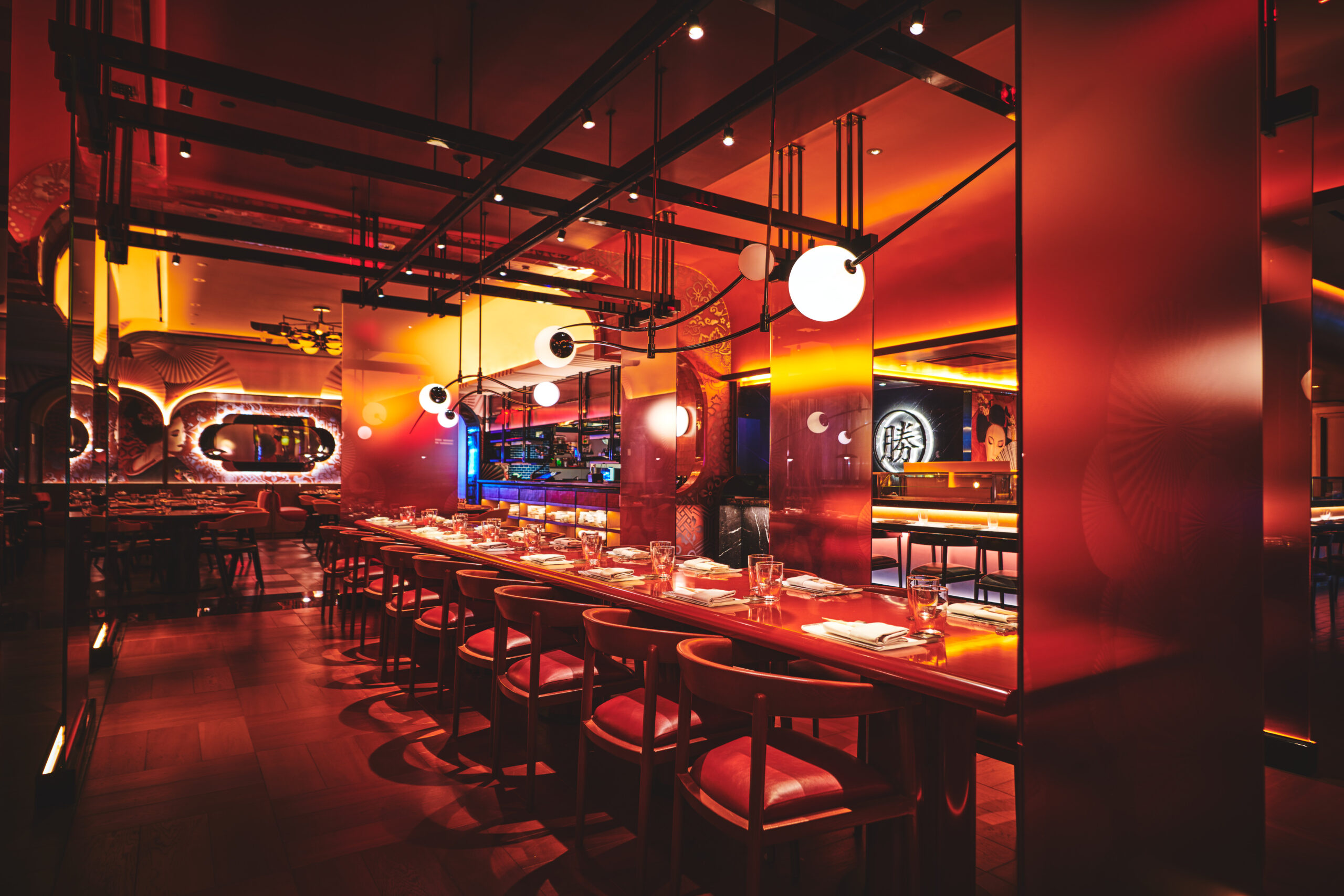 So obviously, when I sat down in the dimly lit, equally sleek NYC location by David Rockwell and Rockwell Group New York outpost, they were number one on my order. I was curious: Would the right coast be able to duplicate the perfection invented in the west? The answer was, yes. 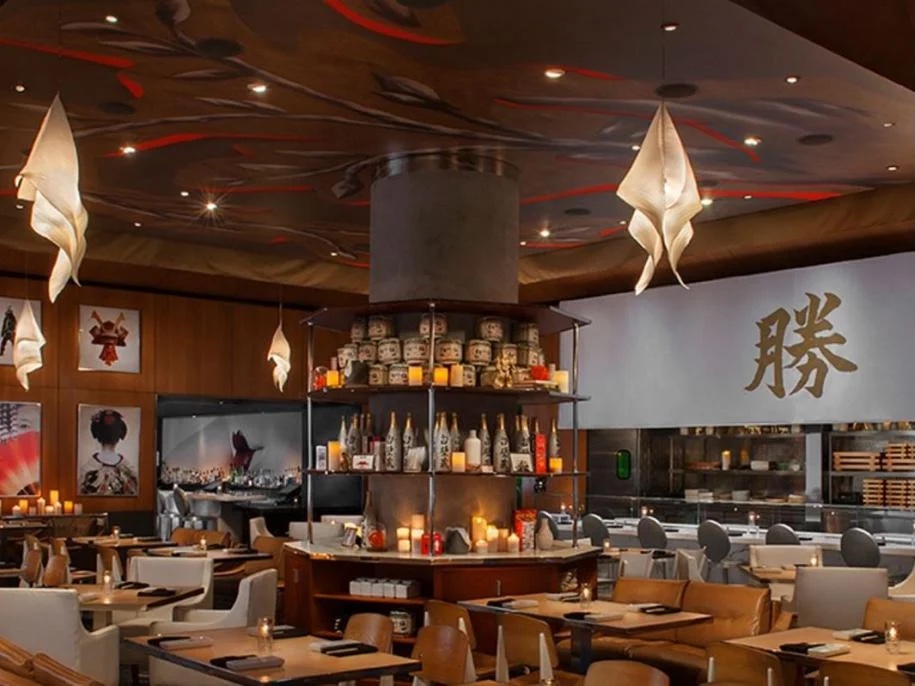 Of course, the rest of the meal was just as delicious. We ordered a variety of dishes off the menu, from sushi and robata to hot appetizers. Yellowtail sashimi with jalapeno (incredibly tender with a kick), a few pieces of sashimi recommended by the chef, Miso Glazed Cod (so tasty) Pop Rock Shrimp (always a favorite), and Australian Wagyu Ribeye, a nearly raw piece of the best-in-the-world-beef served in a unique black garlic sauce. The mocktails and cocktails were equally divine. When ordering, I suggest asking your server for suggestions on all fronts. They won’t disappoint. 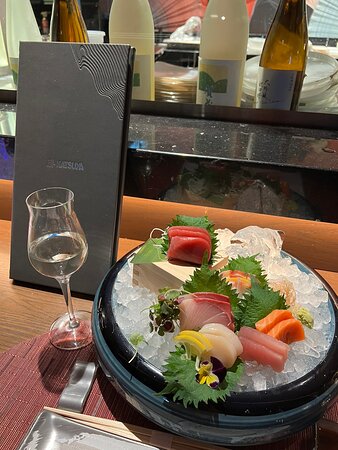 I should note that the ambiance and service was exquisite as well. I felt as though I had been transported back to the impossibly hip and innovative Asian concept restaurant that Los Angeles fell in love with 17 years ago.

Whether you live in New York or pop in for a visit, make a reservation at Katsuya and prepare your taste buds for an adventure.