Wasn’t it just yesterday that lawyer Michael Avenatti, Stormy Daniels’s lawyer, floated the idea of running for president? Now the disgraced lawyer has been found guilty of stealing from his high profile client Stormy Daniels — and other clients — and could spend the next 20 + years in jail.

Finding him guilty on counts of wire fraud and identity theft, the jury was witness to a strange trial where the lawyer represented himself and by accounts, buried himself.

Take his closing argument where  Avenatti compared his trial to ‘cockroach-infested food.’

‘Ladies and gentlemen, the case that the government is attempting to feed you has a giant cockroach in the middle of the plate,’ Avenatti said. ‘Would you eat that dish or would you send it back? I submit that you would send it back.

‘When you deliberate, I ask that you send it back and find me not guilty because, ladies and gentlemen, that is exactly what I am.’

‘To conclude, I will leave you with this: I’m Italian. I like Italian food,’ Avenatti told the jury before Judge Furman interrupted.

‘Mr. Avenatti, please stick to the evidence in this case,’ the judge said. 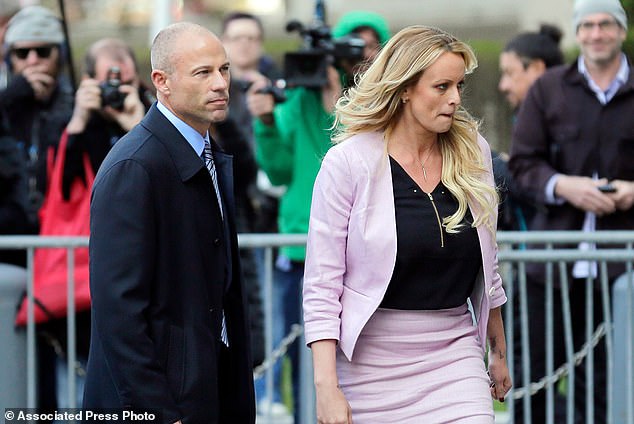 ‘She thought he was her advocate. But he betrayed her, and he told lies to try to cover it all up,’ Assistant U.S. Attorney Robert Sobelman told the jury. ‘The defendant got tangled in his own web of lies. He got caught.’