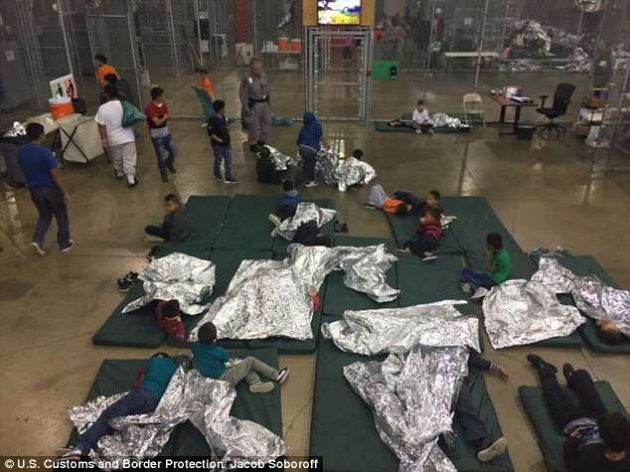 New video just released shows illegal immigrants including young children kept in inhumane cages. While no news organizations are allowed to shoot video, the US Border and Customs released new footage today from the border town of McAllen, Texas on Monday.

The officials estimate over 200 ‘unaccompanied minors’ among the 1,1000 migrants who are being held in the crowded space, many separated forcibly from their family.

Meanwhile, the voices grow louder — on both sides of the aisle — denouncing the policy of separating babies and young children from their parents and the treatment of the immigrants.