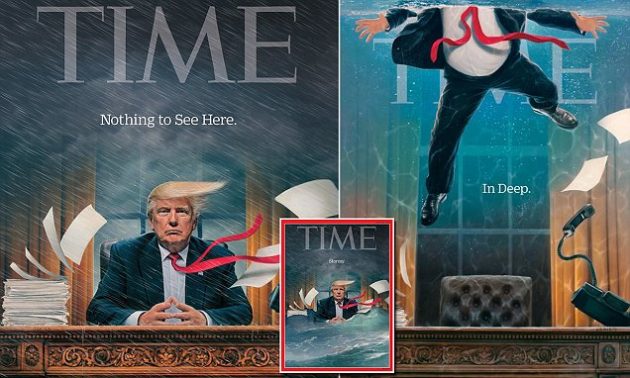 TIME magazine has created a timeline of Trump’s Presidency, starting with the first cover which showed him sitting in the Oval Office while a storm darkens the sky behind him.’Nothing to see here, ‘read the caption.

In the second cover, Trump is still in the Oval Office but this time the storm has turned to rain and he’s almost submerged in water.’Stormy’ the caption simply reads.

This week, Trump struggles for air as his office fills with water. ‘In deep.’ Classic. 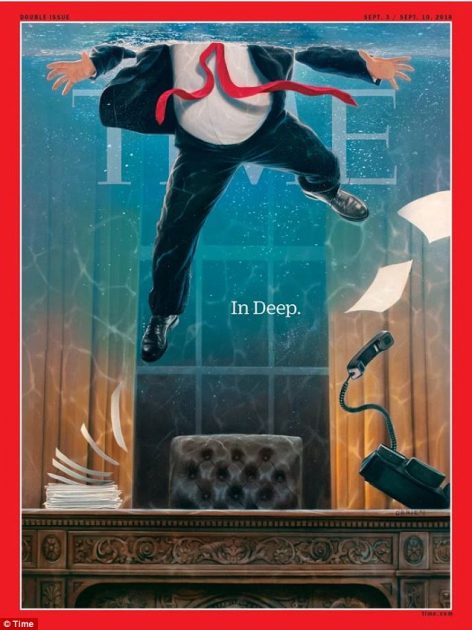