(Author Maxine Page on the left.)

When I told people I was moving to Acapulco, from Mexico City, in 2018, Mexicans and foreigners alike told me I was crazy, warning me of the many dangers and out of control violence. But, as I am crazy, I moved there anyway, and here’s my (own, personal) account of what it’s really like to live in Acapulco.

Acapulco has become synonymous with murder, mayhem, and menace, winning the dubious accolade of being crowned Mexico’s murder capital in 2012 until Tijuana knocked it off the top spot two years ago.

The once-glittering and glamorous beach paradise has been branded by many as a no-go warzone, with sensationalist newspaper headlines detailing every grisly detail of gangland murders and conflicts. 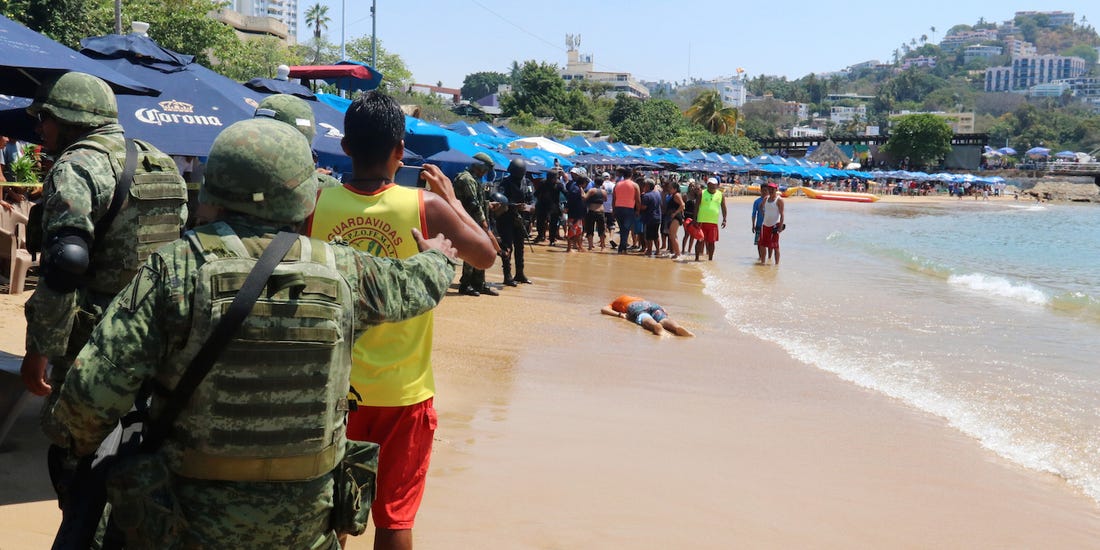 Sloppy reporting and clickbait headlines have led to incidents that occur throughout the entire state of Guerrero, often being pinned to Acapulco, helping build a skewed narrative, demonizing the city, and scaring away tourists in their droves. 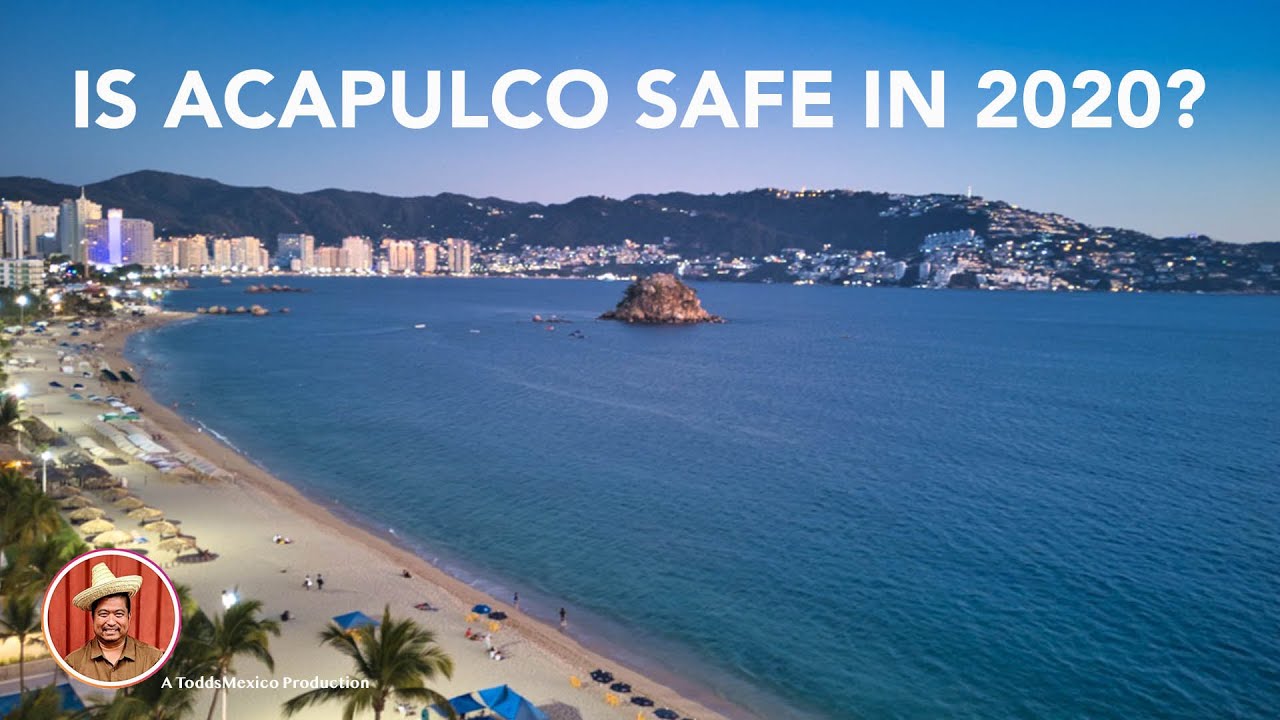 The US government deems Guerrero a “high-risk area”, banning all Federal employees from traveling there and warning any other potential visitors, “Do not travel due to crime. Crime and violence are widespread. Armed groups operate independently of the government in many areas of Guerrero. Members of these groups frequently maintain roadblocks and may use violence towards travelers.”

Yeah, they may. Or, more likely, they may not. It’s a sad, tragic, infuriatingly unfair, but true fact that white privilege is alive and kicking all around the world, and the vast majority of kidnappings and violent attacks are carried out against Mexicans, because, let’s face it if a tourist is ambushed or harmed it’s world news and that carries a LOT of heat and scrutiny.

Also, you may attend a concert in Las Vegas, and unwittingly become one of the 58 attendees murdered or one of the 867 injured after a lone gunman commits an atrocious mass shooting, or you may not. You may visit Chicago and be a victim of one of the 592 homicides that have occurred so far this year, or you may not.

Either way, there’s no US government warning against traveling to Nevada or Illinois. In reality, you can be in the wrong place, at the wrong time, anywhere in the world.

Going local down in Acapulco

I arrived in Acapulco in September 2018, and I rented a villa overlooking the ocean in the Las Playas area, a five-minute walk from the Diego Rivera house, and the world-famous cliff divers, and ten minutes walk to the main downtown square in Zocalo. 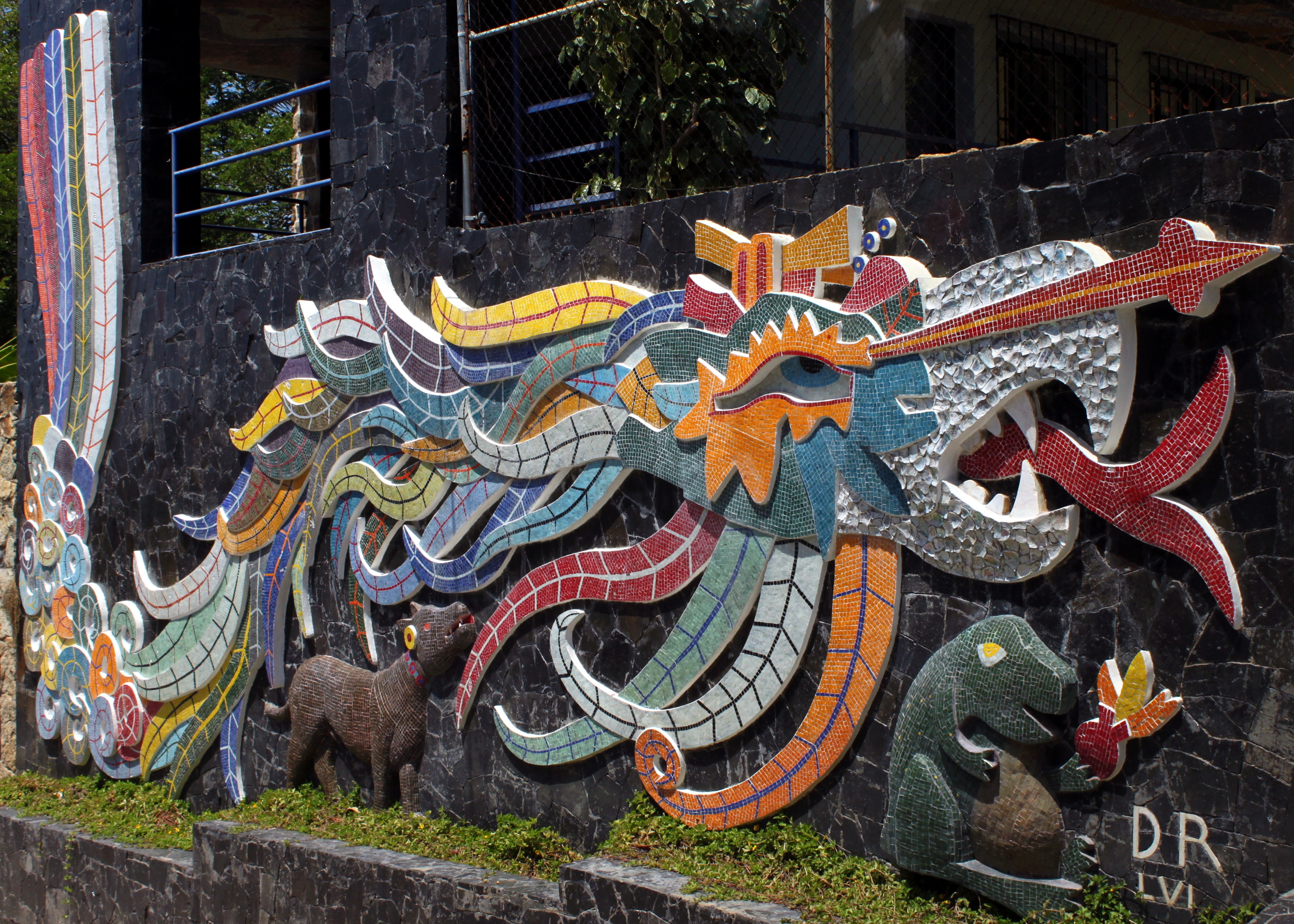 I lived in the “traditional area”, on the opposite side of the city from Diamante, Acapulco’s main tourist spot nowadays, which consists of rows of heavily guarded, gated hotel chains, Home Depot, a Walmart superstore, and TGI Fridays, in addition to other gringo staples.

I was also just down the hill from what used to be the Casablanca Hotel, where during the 1950s heyday of Acapulco, Brigitte Bardot, John Wayne, Dean Martin, and Ronald Reagan used to party and hang-out.

Back in the day, Acapulco was THE place to go, JFK and Jackie honeymooned there; Rita Heywood celebrated her 28th birthday on Errol Flynn’s yacht which was moored in the iconic bay; Elizabeth Taylor married Mike Todd, with Debbie Reynolds as matron of honor and Eddie Fisher as the best man.

Frank Sinatra immortalized the city in his 1958 hit, “Come Fly With Me”, and Elvis Presley starred in the 1963 comedy musical “Fun in Acapulco” alongside Ursula Andress. 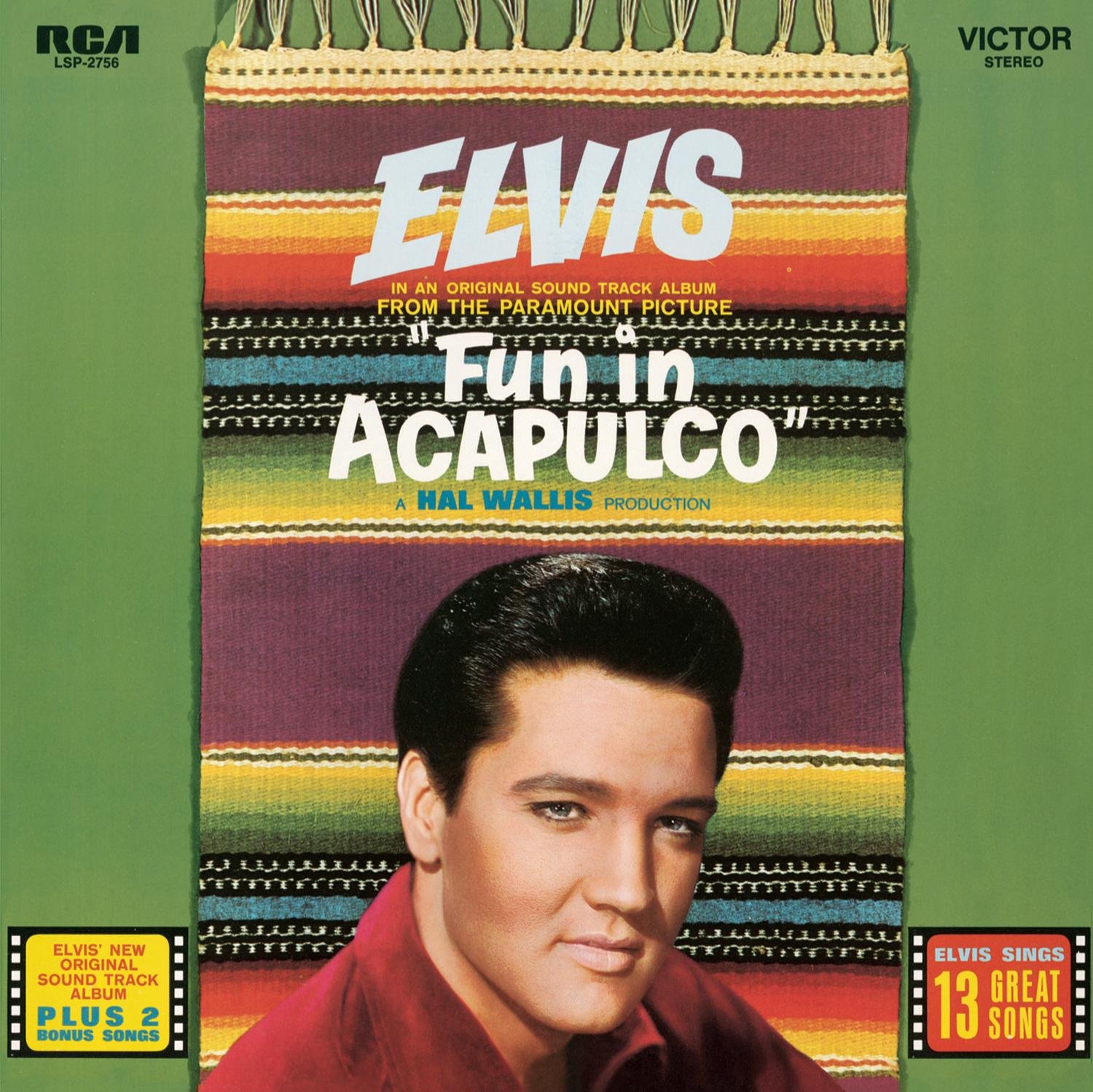 However, the development of new beach resorts such as Cancun and Cabo San Lucas left the A-listers feeling Acapulco was passé, and as tourism ebbed and the economy floundered it laid way for desperation and crime.

The violence really ramped up in 2009 with the formation of the Independent Cartel of Acapulco, which within weeks splintered off into warring factions that waged terror on the residents of Acapulco with a series of ever-increasingly grotesque and macabre attacks.

The poorer barrios surrounding Acapulco central are oftentimes made to pay the most and suffer the brunt of assaults and violence. But, with next to zero tourism now, the whole of Acapulco is being forced to pay the price. And, it’s a cost that, quite simply, just isn’t fair.

If you’re a tourist, and you don’t wander off into the mountains or very poor barrios surrounding Acapulco central, and you don’t buy and sell drugs, then you’ll be in no more danger than in any other major city in the USA. 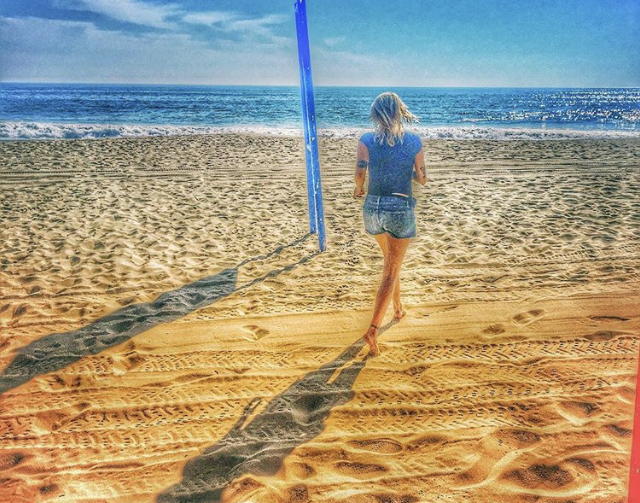 The people of Acapulco are warm, friendly, and engaging.

During the year I lived there I made lifelong friends with several locals and enjoyed amazing experiences in one of the most beautiful beach cities in the world.

Pretty much every day I would jump on one of the local buses that constantly drive along La Costera, the coastal road that runs from the Icacos naval base on the east side all the way along to Caleta.

The buses cost 8 pesos (approximately 40 US cents) and you can flag them down and get off wherever you want along the route. 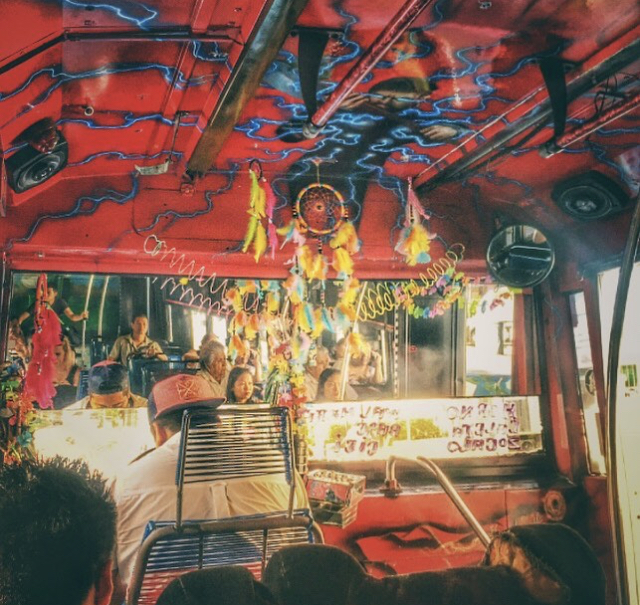 Each bus is painted in bright and vibrant colors and blasts different kinds of music. One Tuesday morning I boarded a bus that was playing the old 90s club classic “Short Dick Man”…. which made for a bizarre and amusing experience.

I would go to Baby O’s and Mojitos with my friend Adry, to drink and dance the night away. I’d shoot pool at my friend Antonio’s place, Billar Monaco, or hang out for sunset cocktails at the Flamingo, which has one of the best ocean views in Acapulco.

I would sample the multitudes of street food that’s sold all over the city, or jump a bus to Pie de la Cuesta to drink an ice-cold beer on a totally deserted golden beach and listen to the roaring waves.

There is so much to do, see and enjoy in Acapulco, so many beautiful, kind and warm people to meet, so much amazing food to eat, and experiences to be had.

You just need to go there and find out for yourself.

Food writer, Tom Parker Bowles (who just happens to also be the step-son of the future King of England, Prince Charles) put it best, in an article he wrote for Esquire magazine:

“Because Acapulco isn’t some whitewashed, scrubbed-cheek tourist theme park where nature is kept at bay and corporate dullness rules. It’s lusty and visceral and noisy, with its Hollywood pastels and bending palm trees and huge heart and generous soul. It has taken everything the Earth can throw at it and still emerges, if not always smiling, then at least unscathed.

But it needs us, the tourists, to have faith, to go back and revel in its ways. There’s no point denying Acapulco has problems but it’s equally ridiculous to write it off, too. It’s one hell of a town. So, man up. And take the plunge. A great, and grateful, Acapulco awaits.”