There was one clear loser on Wednesdays’ Democratic debate…former N.Y. Mayor Mike Bloomberg.

Hammered by the other candidates on his ‘ stop-and-frisk policing targeting minorities’ and his record with women, Bloomberg folded under the rough questioning. Senator Warren at one point blasted him:

‘I’d like to talk about who we’re running against, a billionaire who calls women fat broads and horse-faced lesbians,’ Warren said.

As the candidates piled on, Bloomberg weakly tried to defend his record, his billions and his appeared taken by surprise at some of the questions, though one would have thought his team would have prepared him better. 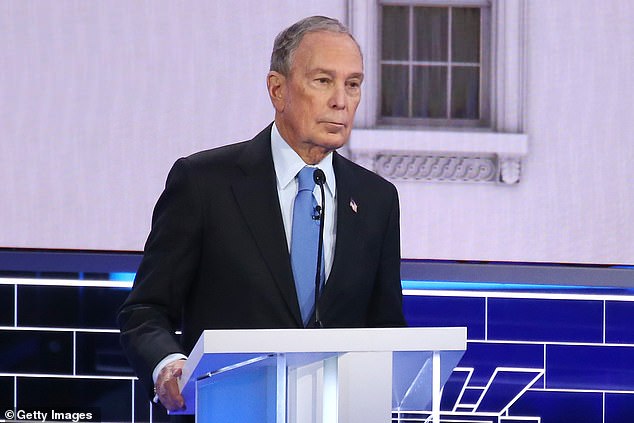 CNN put it succinctly this morning.

Chris Cillizza from CNN said the ‘first hour of the debate was an absolute and total disaster for the former mayor’.

‘He looked lost at times – and those were the best times for him! Warren dunked on him repeatedly. Sanders slammed him. Biden bashed him,’ Cillizza wrote.

Cillizza compared Bloomberg’s performance to that of a pro-wrestling match where ‘everyone decided to gang up on a single wrestler in the ring – and that wrestler was totally and completely caught off-guard’.

Pete Buttigieg, a gifted debater, had a good night, especially in his exchanges with Sanders which earned him cheers from the Las Vegas crowd when he said  Sanders ‘wants to burn this party down’ and Bloomberg ‘wants to buy this party out’.

While Elizabeth Warren also had a good showing, Amy Klobuchar had to defend herself over forgetting the name of Mexico’s president and  Buttigieg who fought back against her claim that her work in Washington has prepared her to be president. 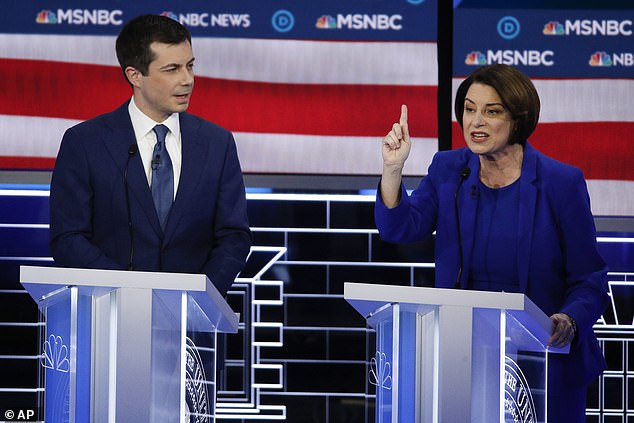 Always the gentleman, Joe Biden had trouble getting into the fray and getting his voice heard.

At times, the candidates quarreled over each other and the commentators lost control. Klobuchar put it best when she quipped about Sanders and Bloomberg, as they violently argued over capitalism, that there is ‘a boxing rematch in Vegas on Saturday and these guys should go down there’.