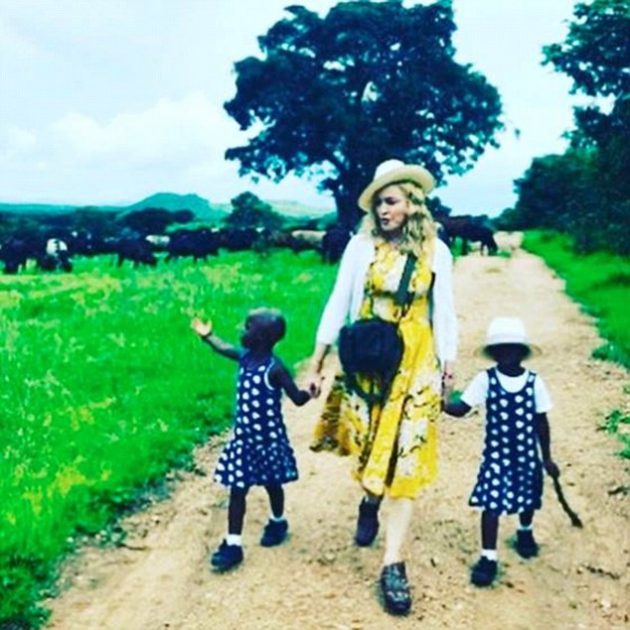 After denying it for months, Madonna flew to Malawi to adopt two four-year-old twins from Malawy. Previously, the pop star adopted son David Banda and daughter Mercy James also from Malawi. Though the adoption process started two years ago, it was only within the last few weeks that it was approved.

The singer posted this photo on her Instagram account, which confirmed the adoption process. Twins Estere and Stelle have already moved into Madonna’s New York home.