Last time we touched on some of the non-tourist traps to visit in beautiful London, allowing you to enjoy the British capital like a native. However, we barely scratched the surface, so this week we have some more tips to London like a local.

The great fire of London ripped through the city way back in 1666, starting in Pudding Lane and leading to much of the town being rebuilt following in its devastating wake. Despite a slew of conspiracy theories, including The theory God started it to punish glutinous humans for eating too many pies, and that the fire was started purposely to bring an end to the Plague that was rampaging through London at the time, the general consensus is that it was in fact just an accident. 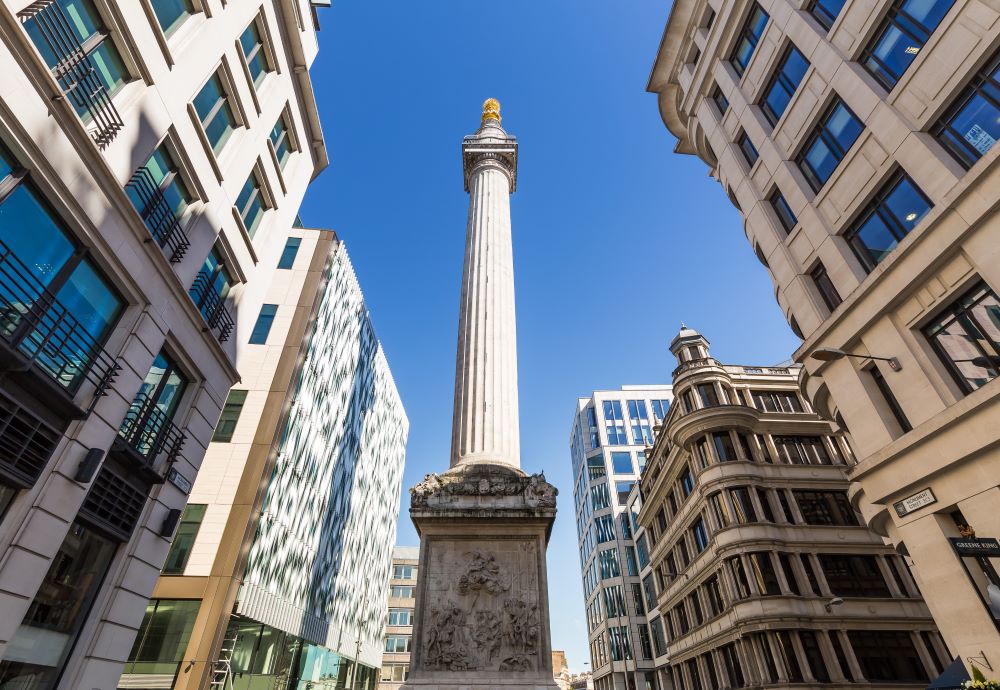 The Monument is situated on the junction between Fish Street Hill and Monument Street, and offers stunning views of the city, in addition to memorializing the lives of the six people who died—a remarkably low number considering an estimated 70,000 homes were burned to the ground.

Whilst you’re in the area it’s well worth visiting London’s only memorial to ordinary people who lost their lives saving others. Named G.F. Watts’s Memorial to Heroic Self-Sacrifice, and located in Postman’s Park, the unremarkable-looking memorial is a treasure trove for historians and those who love a moving tale, alike. A total of 54 people are remembered for their heroic acts, with a little plaque including their name and details of the selfless actions that led to their untimely deaths. There’s Alice Ayers, a servant girl who died saving her three nieces from a fire; John Cranmer a 23-year-old local clerk who drowned whilst saving the life of a foreign stranger; and 10-year-old John Clinton who also drowned while saving the life of a younger friend. 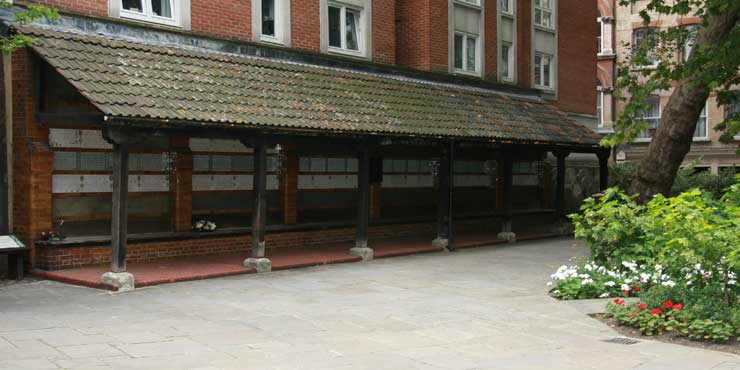 Sniff! Be sure to take some Kleenex, it’s a beautiful and poignant reminder of humankind and the spirit of kindness.

It wouldn’t be a trip to London without a trip to the pub, but do yourself a favor and swerve the Covent Garden and Leicester Square joints. Oh, and don’t even consider setting foot in any establishment with J.D. Wetherspoons written above its door—trust me, just say no.

Instead, head to one of the residential areas like Clapham Common, Fulham, Streatham, Bethnal Green, or Hampstead, and for a real treat go on a Sunday so you can tuck into a traditional British roast dinner (forget the 1970s—well earned—reputation about British food being bland and awful, nowadays even the most meager pub will offer up a feast for the most choosy foodie). 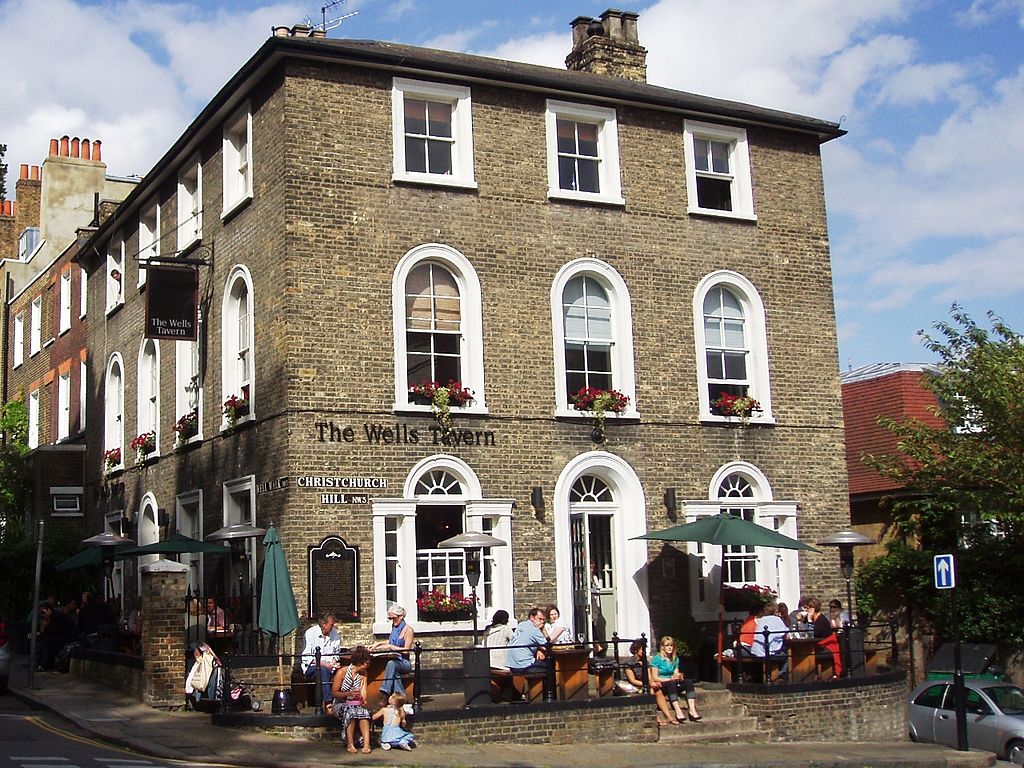 London is known for its literary legacy, and you’d be remiss not to spend at least a couple of hours browsing some of the thousands of bookshops littered across the capital. Your best bet is to head to Booksellers’ Row, AKA Cecil’s Court, a hidden and unknown little gem of an area packed with over twenty gorgeous little shops stocked to the brim with used and rare books. It’s the perfect way to witter away an hour or two on a rainy day.

London’s also renowned for its music scene—both past and present. To get your cool on, away from the tourist-packed Wembley Stadium, Abbey Road, or the bridge and tunnel superclubs, head to Brixton and catch a show at the O2 Academy. 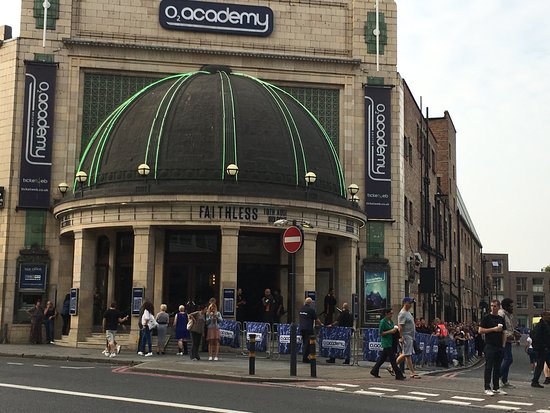 It’s the best place in London to enjoy a mix of up and coming and established artists, and Brixton is one of London’s (many and best) gloriously multi-cultural areas. Whilst you’re there take a wander around the amazing market, packed full of West Indian delights such as pig trotters and even whole heads, it’s not for the vegan faint of heart, but well worth a browse.

Tourists tend not to venture south of the river too much, so if you’re looking to picnic in a park without fending off the foreigners, head to Battersea Park. Find yourself a grassy spot and relax for some first-class people watching. Added bonus? You can rent a swan paddle boat and go for a leisurely ride around the pond—alternatively, you can just wine and chill.

While we’re on the subject of people watching, one of the best locales to indulge in the pastime is Granary Square in King’s Cross. Once one of London’s most rundown and seedy areas, King’s Cross has undergone a massive renovation and now has some of the coolest, hippest, and most importantly, tourist-free bars, cafes, and restaurants in the city. Granary Square is a gorgeous place where Londoners congregate to enjoy a good cuppa, a chilled glass of wine, some nibbles, or just to shoot the breeze.

Get your Spiritual on

If you’re feeling in need of a little spiritual boost and you’re not one to head to a church then visit one of the most beautiful Hindu temples in the world, Baps Shri Swaminarayan Mandir, which celebrates selflessness and unity—so very London, and yet not, at the very same time.

It doesn’t matter what your personal beliefs are, as all are welcome and it’s an amazing place to visit just to clear your head while wandering around the surrounding immaculate and peaceful gardens. Great place to escape the hustle and bustle of the city for a few hours.

London has one of the best art scenes in the world, period. There’s the Tate, the National, and the Saatchi galleries to explore—all for free, but one of the best and most enjoyable ways to soak up the artistic vibe is to head to Leake Street Tunnel near Waterloo station. It’s an area that’s the very essence of Cool Britannia, with local artists creating an ever-changing street gallery of vivid and stunning artworks—if you’re lucky you’ll even spot a Banksy. 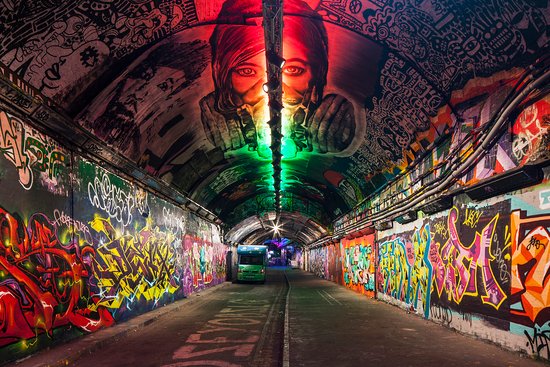