Prague invented bohemian–literally–the Czech capital was the center of the Kingdom of Bohemia—yep, that was actually a real place—a medieval and early modern monarchy in Central Europe dating back to the 12th century.

Prague’s historic center was included in the UNESCO list of World Heritage Sites in 1992, it has a rich cultural history, and is home to a wealth of magnificent monuments, including Hradcany Castle; St Vitus Cathedral; the Old Town Square with its ancient astronomical clock; Charles Bridge; Vyšehrad Fort; Petřín Hill, and Charles University which is the oldest college in Central Europe. 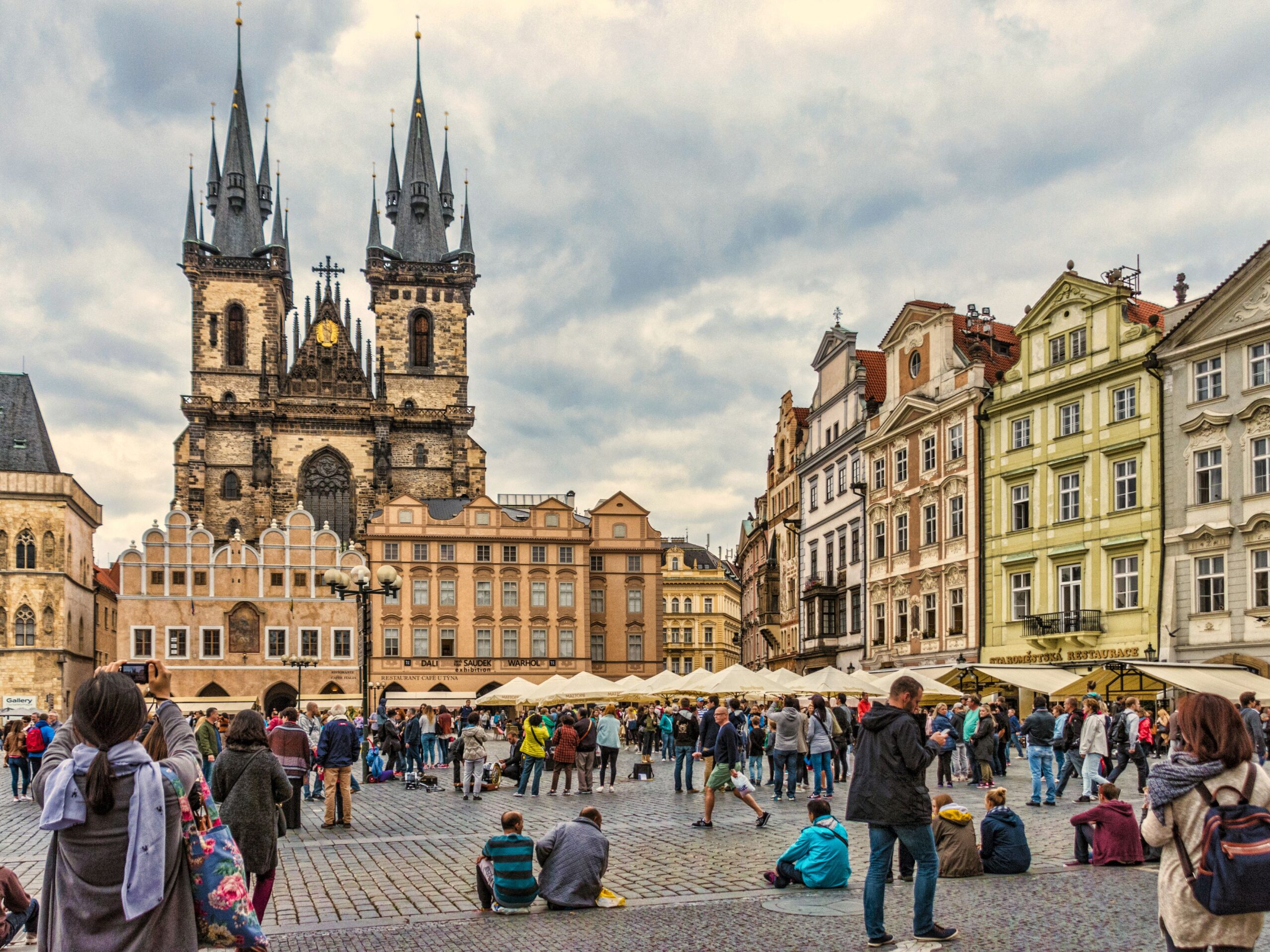 The 19th-century mathematician Bernard Bolzano nicknamed Prague “the City of a Hundred Spires” due to its plethora of towers, turrets, and steeples, although estimates place the number today at between 500-1,000. It’s not all just castles, cathedrals, and extraordinary architecture though, Prague also boasts museums; an extensive public transport system; parks; theaters, galleries, shops, and cinemas, and a vibrant and buzzing nightlife scene.

Prague is Europe’s fifth most visited city in Europe, attracting 21 million international and domestic tourists a year—that’s hella crowded when you consider the city is only 191 sq miles in size. (In comparison, London is 1,572 sq miles and has around 30 million visitors).

Thankfully, the vast majority of Prague’s sightseeing swath stick mainly to the Old Town and surrounding areas, so it’s possible to escape the teeming tourists: we’ll show you how with our Prague Must-Dos—Alternative Guide to the Bohemian Czech Capital.

The Vltava River is the heartbeat of the city, which was constructed around the waterway, over 1,000 years ago. Flowing for 19 miles through the center, the river is spanned by 18 bridges, including the emblematic Charles Bridge. 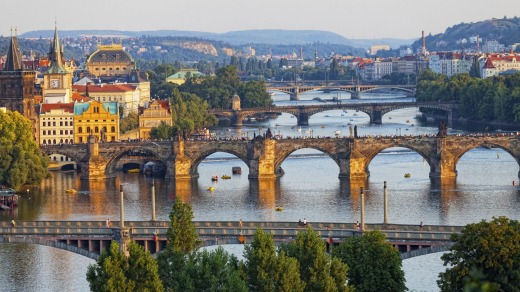 The Vltava teems with life, it’s lined with restaurants and bars, filled with street performers, home to the National Theater, the Academy of Arts, and The Liechtenstein Palace, amongst other attractions, and it’s the focus of the city’s many river tours.

But, if you want to hang with the locals then head to Bajkazyl to sit on the river’s edge and watch the glorious sunset, whilst sipping an ice-cold pilsner or shot of Slivovice, listening to live music, and gazing at the spectacular views of the castle and Petřín Hill. 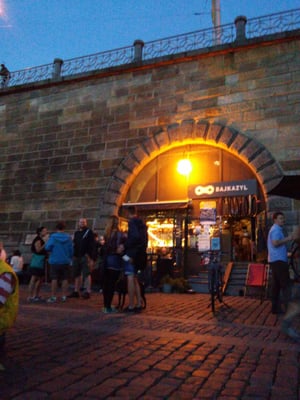 Prague has a whopping 280 museums, and amongst them are some gruesome, and really weird and wonderful, ones—like for instance, the Museum of Medieval Torture Instruments; the Museum of Historical Chamber Pots and Toilets; the Magical Cavern Museum; The Golden Alley, and the KGB Museum.

Prague’s hopping nightlife scene has something for whatever floats your boat, from jazz clubs to an ice bar, a Whiskeria, opera; Gothic basement bars, banging house clubs, and good old-fashioned pubs and taverns.

But, if you want to skip to the best then head to the Cross Club, an artistic, multicultural venue that’s a mix of Steampunk, DIY, and futuristic, and boasts cheap drinks, unique music, and alternative cinema screenings. 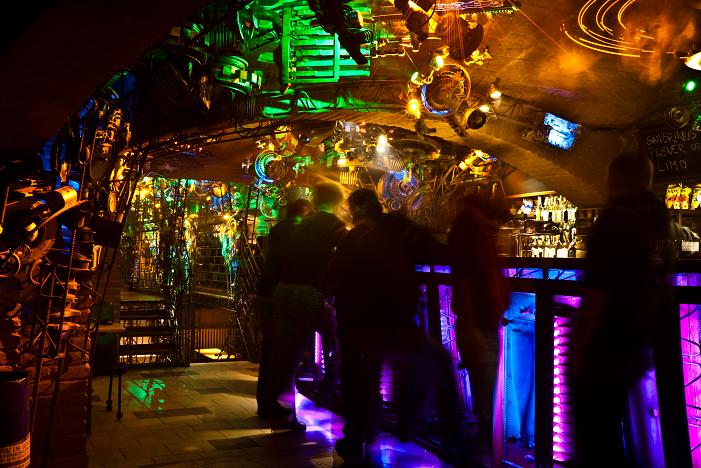 Or, if you want to venture back to the “underground” ‘80s and hang with the hipsters, stop off at Unijazz. Located next to the Václavské náměstí, the fifth floor converted apartment is now a pub, reading room, and event space, filled with an eclectic mix of philosophers, poets, bearded beatniks, barflies, chess players, and artists.

Jewish people were first documented to be living in the area that became Prague as far back as 965 AD.

However, as throughout much of Europe at the time, anti-semitism rose its ugly head in the early 13th century, and Pope Innocent III decreed that Prague’s Jewish community was to be separated from Christian society and banished to live in squalor in a ghetto.

What eventually grew to become Prague’s Jewish Quarter, started out as just a tiny plot of land surrounding a small cemetery, where over the generations more and more people were buried. Due to space restrictions, people’s remains were buried on top of each other, resulting in literally thousands of tombstones all crammed together and piled high.

Visiting the cemetery makes for a moving and poignant experience, as does touring the little museum which is located nearby, documenting the hardships suffered by Prague’s Jews over the centuries. 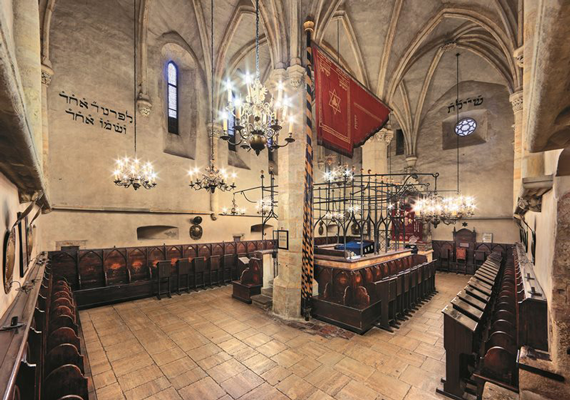 But, no visit to the Jewish Quarter is complete without a visit to the spectacular, gothic, Old New Synagogue (also called the Altneuschul), which is the oldest temple in Central Europe, dating back to the 13th century. The Altneuschul is reputed to house the infamous Golem of Prague in its attic, whose presence, it’s claimed, protected the building from being destroyed by the Nazis during WWII.

Legend has it that the city’s Rabbi made the golem from the mud of the River Vltava, in a bid to defend the ghetto’s residents from anti-Semitic attacks. Looks like it worked!

The rebellious and unique spirit of Prague is apparent in the multitude of art pieces and sculptures scattered all around the city.

One of the most provocative, and tad terrifying exhibits is local sculptor David Černý’s gigantic, bronze, barcode-faced babies that can be found crawling around the grounds of the Museum Kampa. They truly are a sight to be seen, and make for the perfect photo op. 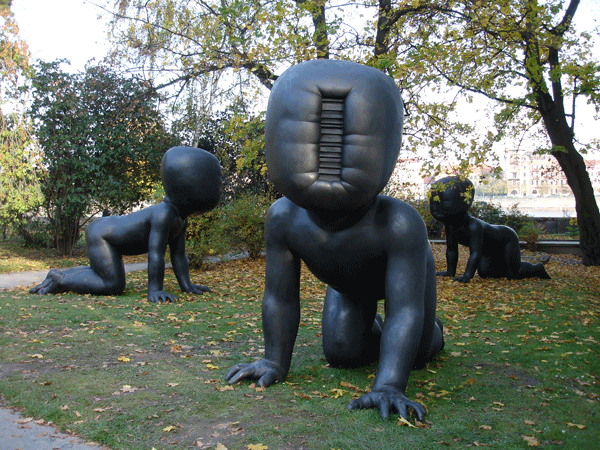 Equally provocative, and undoubtably even more bizarre, are the giant 17-foot high “Brown-noser” sculptures, which are a metaphor for Czech politics, and also created by David Černý. The statues consist of the lower half of people bending over and looking through a wall. Sounds reasonable enough, right? Well, it turns weird when you realize that you climb a ladder attached to each of the statues, and literally look through their asshole to see what they’re seeing.

So, what’s the view from the bottoms? Two Czech politicians spoon feeding each other, whilst “We Are the Champions” by Queen plays in the background. Of course, duh!

Another Černý masterpiece worth mentioning is his ‘Piss’ statue where two men, depicting political leaders from the past, animatronically pee on a map of the Czech Republic. The sculpture is, suitably, located outside of the Franz Kaffka Museum, which is a fascinating homage to the Prague-born writer renown for his surreal and fantastical literature.

There are a plethora of amazing eating opportunities in Prague, ranging from fine dining restaurants to cheap hole-in-the-wall joints.

But, only one of them offers you the chance to experience food cooked by a Michelin-trained chef, deep down inside of a stalactite cave that represents the ancient underworld of Hades.

The craggy stone walls of the Triton Restaurant, which is located in the lower depths of the Adria Hotel in Wenceslas Square, are adorned with fantastical art nouveau decor depicting Greek, Roman and Egyptian mythologies, and centered around the story of Orpheus and his wife Eurydice. 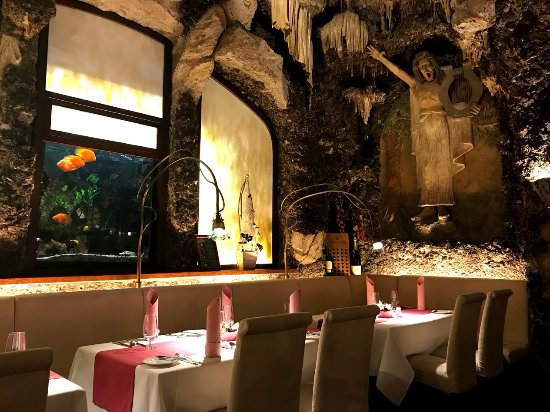 It’s not a trip to Prague if you leave without at least one beer-soaked night under your belt (unless, of course, you’re sober, then, well, just revel in watching everybody else around you getting bladdered).

There are literally hundreds of beer gardens in Prague, but one of the best is U Pinkasů. Despite being located in the center of the city, just outside of an old church, U Pinkasů somehow manages to remain a hidden gem.

The restaurant/bar served as the very first tasting room for Czechoslovakia’s most famous beer, Pilsner Urquell, which was the world’s first pale lager, and U Pinkasů’s small beer garden provides the perfect location to while away the hours whilst downing a Plzeňský prazdroj or three, and feasting on some bread and pickled cheese. 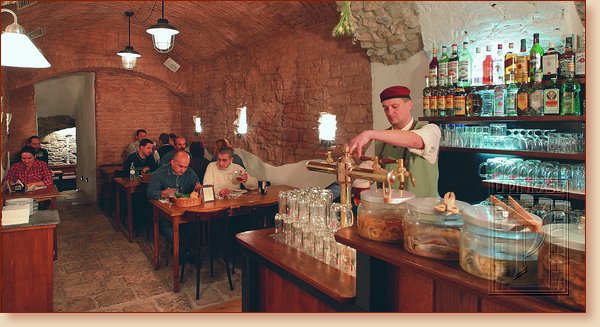