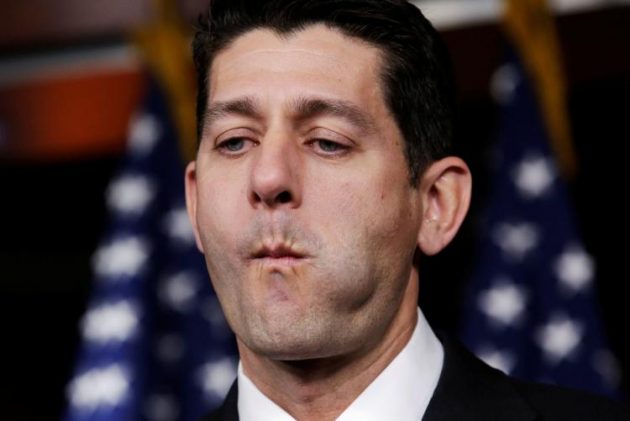 Speaker Paul Ryan warned the President against pardoning himself, saying:

“I don’t know the technical answer to that question, but I think obviously the answer is he shouldn’t,” Mr. Ryan told reporters. “And no one is above the law.”

In a surprise move, the Ryan also said on Wednesday that the F.B.I. did nothing wrong by using a confidential informant to contact members of the Trump campaign as it investigated its ties to Russia, completely shooting down Trump’s assertion that there was a spy in his midst. Ryan = 1, Trump = 0.