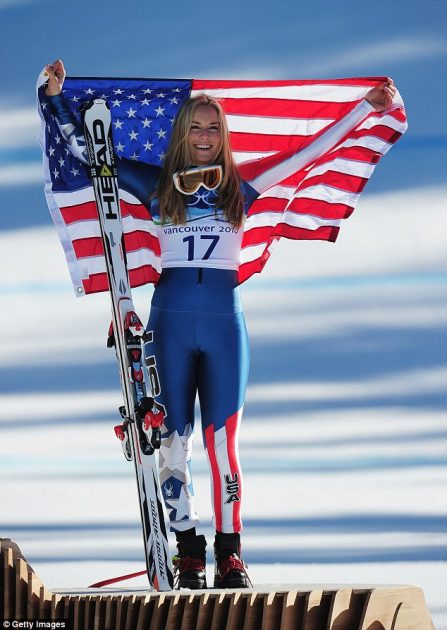 Not only did Vonn say that any victory would be for ‘the people of the United States, not the president,’ she added that she would also decline an invite to the White House.

‘Absolutely not,’ said Vonn, when asked if she would accept the invitation if she won gold. ‘No. But I have to win to be invited. No, actually I think every US team member is invited so no I won’t go.’