You know how the impeachment trial kicks off with the sergeant-in-arms warning you if you don’t show up you can be jailed? After 16 Senators showed up late for the second day in the impeachment trial of Donald Trump — and some had the audacity to walk out, Adam Schiff scolded the Republican-strong Senate. We think they should all be jailed in contempt.

‘I’m not sure the chief justice is fully aware of just how rare it is, how extraordinary it is for the House members to be able to command the attention of senators sitting silently for hours or even for minutes, for that matter. Of course, it doesn’t hurt that the morning starts out every day with the sergeant-in-arms warning you that if you don’t, you will be in prison,’ Schiff said as he opened the second day of Democrats’ arguments in the case against Trump.

If you didn’t notice on the live coverage that’s because of Senate rules prevent networks — or photographers — from showing anything other than whoever is speaking at the time in what’s called the ‘well of the chamber.’

We think the scofflaws should be jailed for contempt. 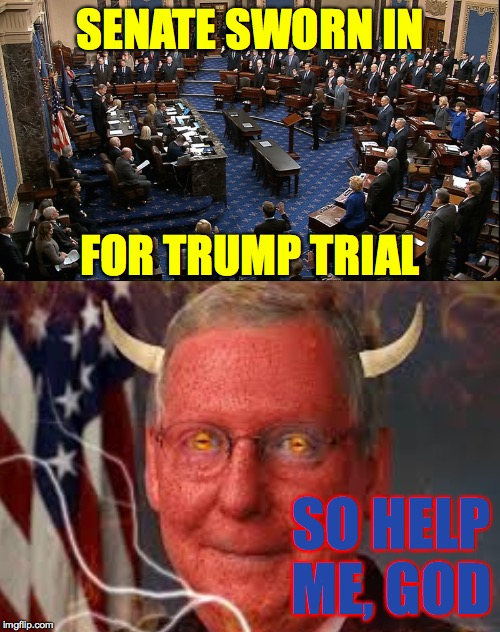