Awards season kicked off Sunday night with the Golden Globes 2020 at the Beverly Hilton Hotel, hosted by Ricky Gervais.

It was the British-born comedian’s fifth (and safe to say, last) turn in the hosting hot seat, and he made sure to go out with a bang, turning the air blue with a scathing zero f**ks given opening monologue. 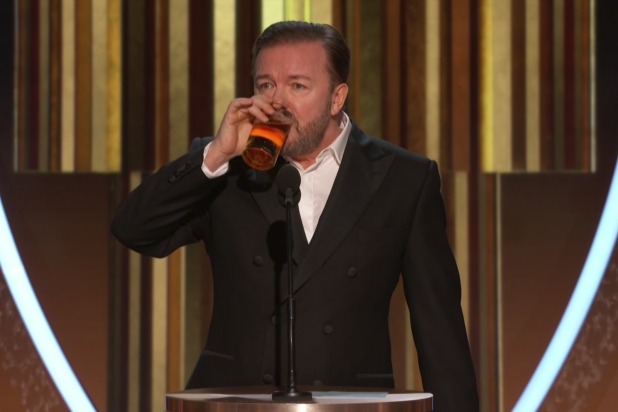 “Let’s have a laugh at your expense. Remember, they’re just jokes,” Gervais warned, before launching into the best opening skit ever.

Cue the awkward glances from his visibly uncomfortable A-list audience. 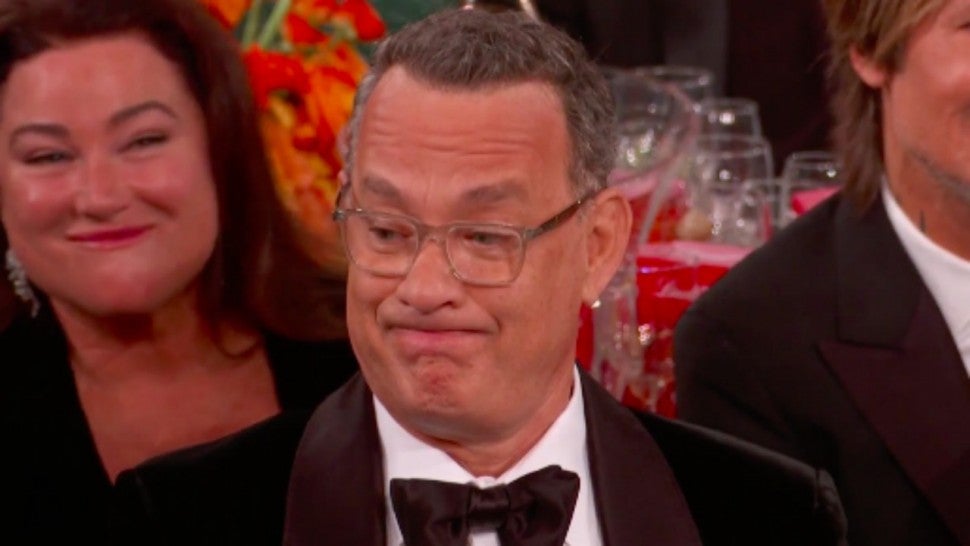 The situation wasn’t helped by Gervais reassuring everybody, “we’re all going to die soon, and there’s no sequel.”

Hollywood isn’t renown for its ability to laugh at itself, and that was evident after Gervais made a joke about Felicity Huffman making the license plate for his limo—which went down like a sack of spuds.

In fact, the only thing better than the host’s mauling monologue was the meme-perfect celeb reactions.

Gervais’ quip about Ronan Farrow “coming” for the audience left everybody looking decidedly uncomfortable—as did his pedophile, Jeffrey Epstein, and Prince Andrew jokes.

Remarks about the Hollywood Foreign Press being racist left Keith Urban definitely not cracking a smile. But at least Leonardo Dicaprio had the grace to laugh at himself, and even (a little disconcertingly) nod along in agreement after Gervais quipped that “Once Upon A Time in America” ran for so long that the actor’s date was too old for him by the end of the movie. 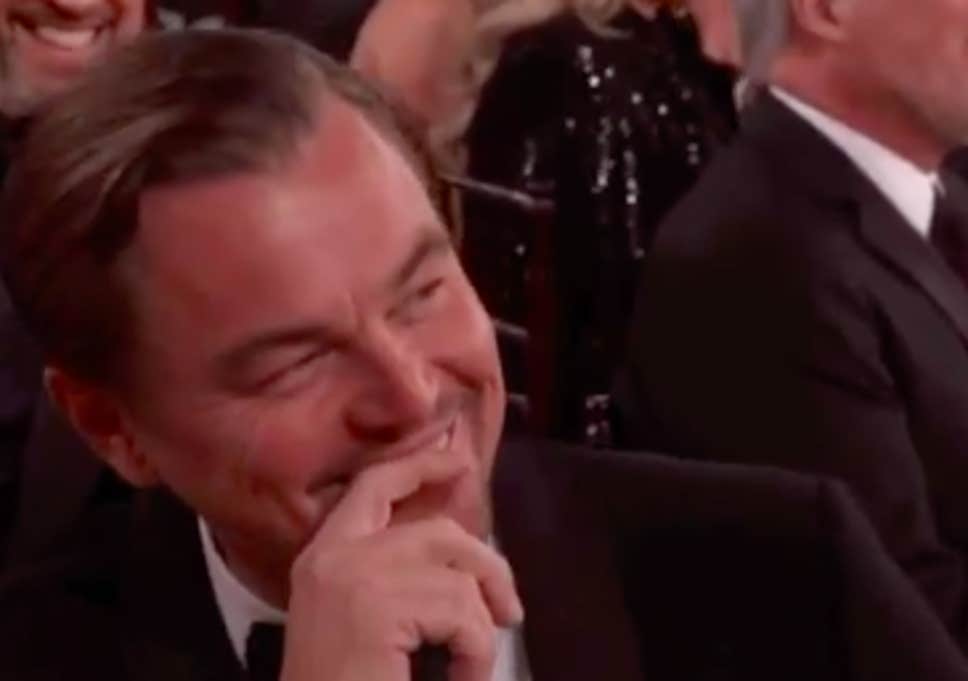 Gervais’ Dame Judi Dench “minge-licking” joke raised some laughs from the shocked audience in addition to a lot of eyebrows (which really is no mean feat in Botox-ridden Hollywood).

However, Ricky saved the best attack for last, finishing off his opening speech by calling the crowd out for their Hollywood hypocrisy.

“You say you’re woke but the companies you work for, Apple, Amazon, Disney….if ISIS started a streaming service you’d call your agent wouldn’t you?” he charged. “So if you do win an award tonight don’t use it as a chance to make a political speech, right. You’re not entitled to lecture the public about anything, you don’t live in the real world, most of you spent less time in school that Greta Thunberg. If you win, right, come up, accept your award, thank your agent, thank your god and f**k off.”

Tom Hanks’ “what the hell am I doing here?” expression said it all.

It appears that somebody had a word with Gervais backstage, however, and his following speeches were toned down to the usual vanilla boring award show level—something that didn’t go unnoticed in the Twittersphere:

Did Ricky Gervais get scolded? He’s been quick and just reading the cards! #RickyGervais #GoldenGlobesAwards2020 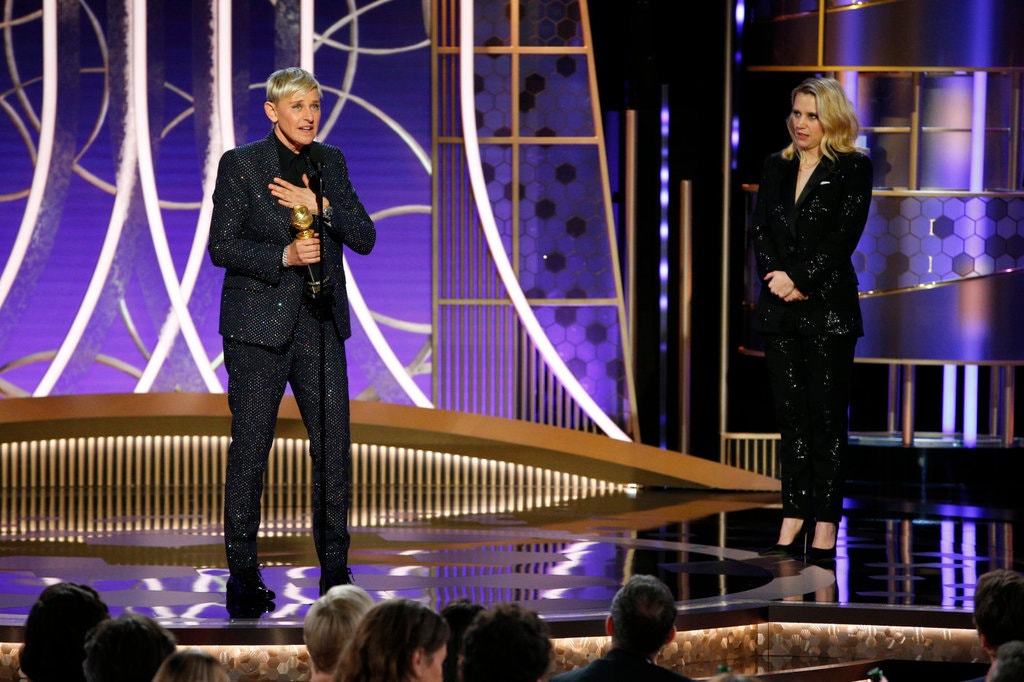 “All I ever want to do is make people feel good and laugh,” Degeneres said.  “But the real power of television is … that people watch my show and are inspired to do the same in their lives.”

Meanwhile, The Hollywood Foreign Press Association was “keeping it real” by serving a vegan meal of mushroom “scallops” and cold beat soup, in their bid to help the environment.

However, they weren’t keeping it THAT “real” though, as all the flowers for the event were flown in by jet from Ecuador and Italy. 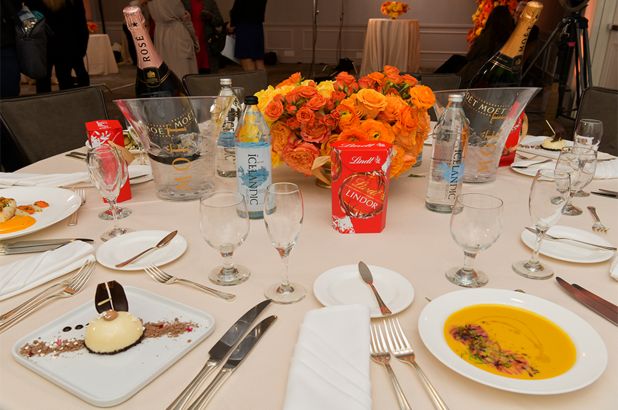 Over to Ricky Gervais, for one last time.

“All vegetables,”  Gervais said of the dinner. “As are the members of the Hollywood Foreign Press.”