Posted by The Late Late Show with James Corden on Tuesday, June 18, 2019

It doesn’t get any better than this! On The Late Late Show with James Corden, the host challenges Michelle Obama to a classic game of — what else? — dodge ball. 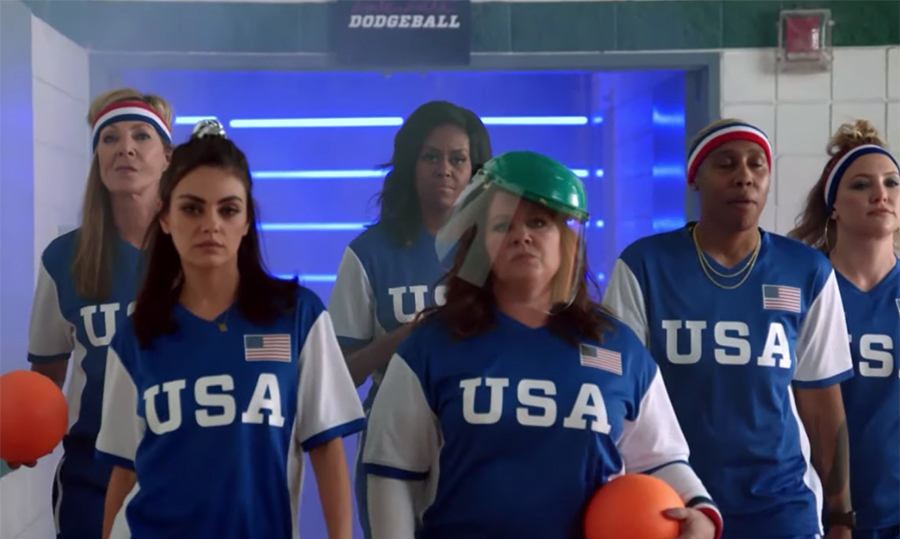 Michelle Obama puts together an all-star team of Kate Hudson, Mila Kunis, Melissa McCarthy, Lena Waithe and Allison Janney, to take on a group of Corden’steam of James, Reggie Watts, Harry Styles, Benedict Cumberbatch and John Bradley. As each team tries to best the other, nothing more than oh, national pride is on the table.