After Trump stormed out of the interview with Lesley Stahl for 60 Minutes, he tweeted he would release the ‘full, unedited’ version of his interview with ’60 Minutes’ where he argues that Stahl’s questioning of him was ‘vicious’ and an ‘attempted takeout.’

What did she do to send him off the cliff? Reportedly, she quizzed him about the Coronavirus, something he tries to ignore, as cases surge and thousands more die. 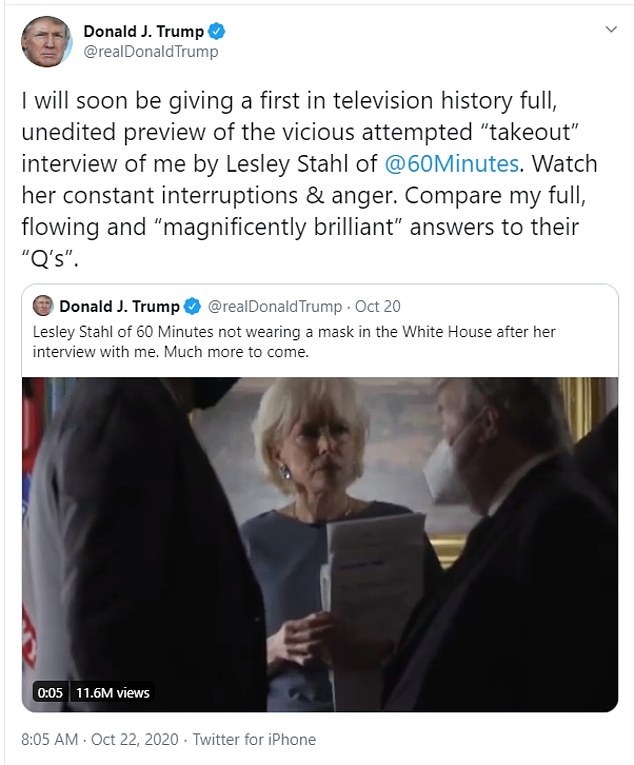 60 Minutes explained that Stahl had just taken off her mask for the interview.

So CBS beat him to the punch and put out a short clip of the interview which will air in its entirety on Sunday.

In the clip, Stahl questions Trump on his ‘biggest domestic priority. ‘

‘Well, ultimately let me and I’ll tell you it was happening. We created the greatest economy in the history of our country,’ Trump said.

‘You know that’s not true,’ Stahl told him.

‘It is true. Virtually every number was the best. We had the best economy ever,’ he said.

Stahl pressed him again: ‘I asked you what’s the priority? What do you have to solve?’

Trump said he wanted the country to ‘get back to normal.’

Good luck with that.

In the behind-the-scenes footage, White House Press Secretary Kayleigh McEnany hands Stahl a huge bound book saying  ‘It was a very large book of everything President Trump has signed – executive orders and legislation – to improve healthcare for Americans over the past three and a half years.’

They obviously didn’t count on Stahl opening the book — which was blank. 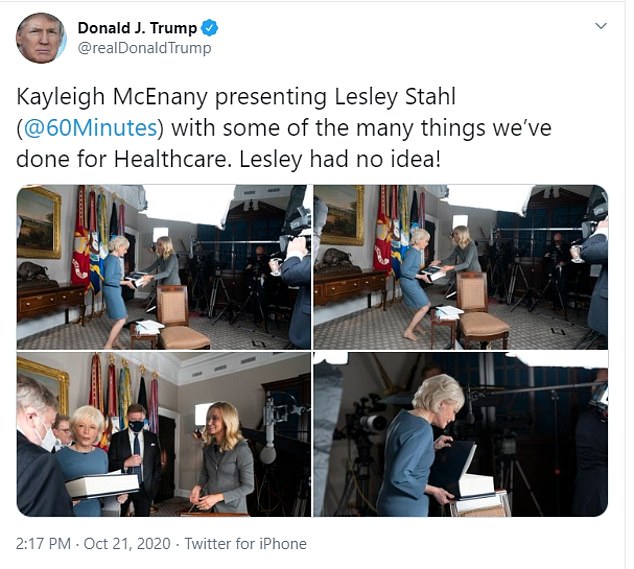