Oops! Most designers would swoon at the idea of a celeb posting images of themselves wearing their brand but not  Italian designer Marcelo Burlon from the brand ‘County of Milan’ who called Madonna a ‘la cessa’ (roughly translates as ‘human toilet’ ) in a since-deleted Facebook post.

He quickly issued a  public apology after the outcry such as people posting he was ‘misogynistic’ and ‘vile.’ (Though some of his pics and comments have surfaced on his Instagram account.) 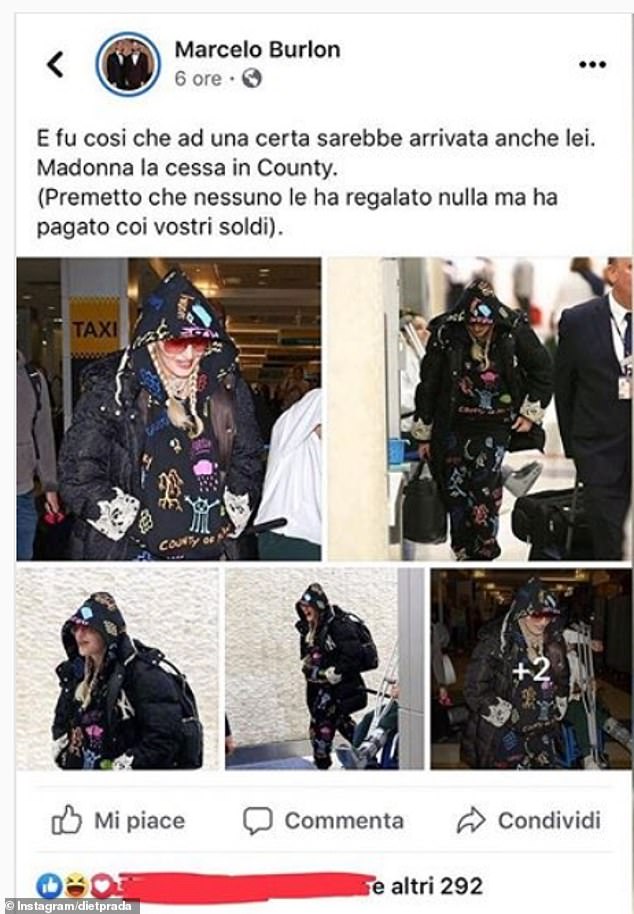