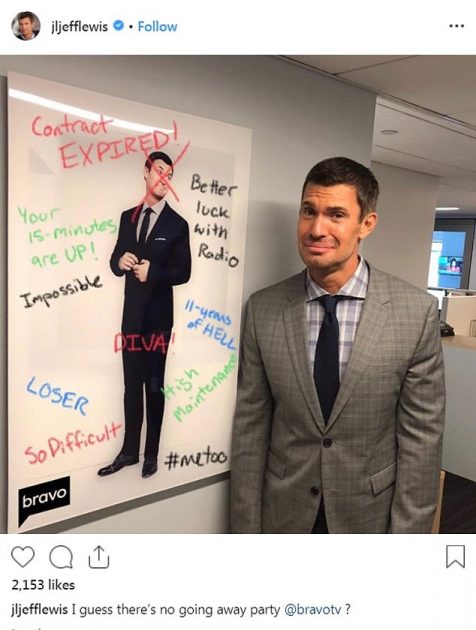 Jeff Lewis, the star of Bravo’s ‘Flipping Out’ posted this photo on his social media today. Apparently, the high-strung celeb is out at  Bravo. Captioning the pic, ‘I guess there’s no going away party?’ clues to why Bravo isn’t continuing his show are clearly illustrated on the ‘card.’

Considering Lewis is in controversial fights with pretty much everyone, including his co-star Jenni Pulos, plus his surrogate who is suing the ‘high maintenance’ star after he made ‘humiliating’ remarks about her genitalia’ (which we are not going to repeat here) it’s no wonder Bravo cut him loose. 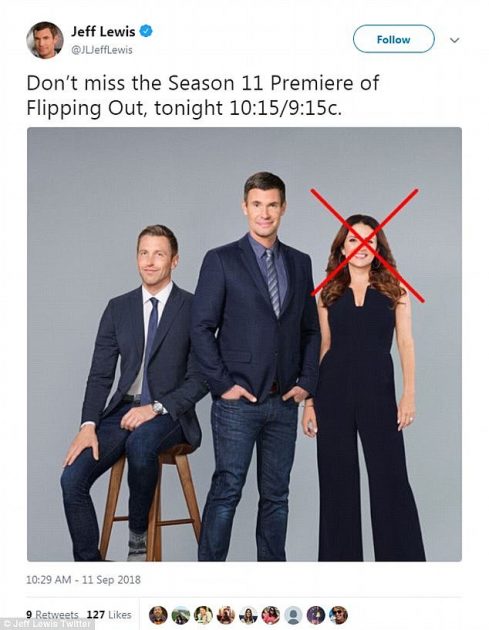